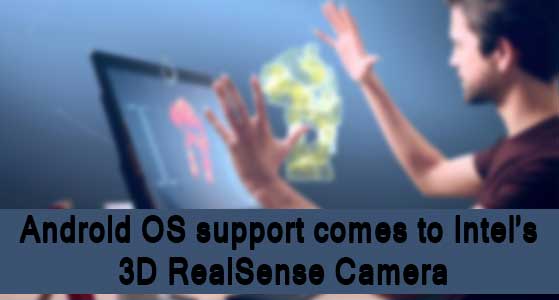 Intel released its new 3D camera called RealSense R200. The icing on the cake is that it has added Android OS support to its latest release of the webcam, which will sell for US$99.

Intel's first RealSense F200 camera supported Windows 8.1 and 10 and the RealSense R200 camera follows suit. The new 3D camera is already being built into some upcoming tablets and laptops, but is now being made available as an external webcam.

The multidimensional camera will work with tablets and PCs running on Intel Core (Haswell and beyond), Core M and Atom (Cherry Trail) chips. It will plug directly into full-sized USB 3.0 ports, and work with USB Type-C or micro-USB 3.0 ports through a separate connector cable.
Like Microsoft's Kinect, the camera can recognize motion and gestures. It can measure distances between objects and recognize items by identifying shapes and contours.
Similar to Google's Project Tango, Intel has a grand plan to bring augmented reality to tablets and PCs with the camera. It wants the 3D camera to work with sensors so device screens can provide information about a user's location and objects in view. Intel also wants its 3D cameras to recognize moods by analyzing facial expressions, and map out surroundings for use in games and virtual worlds.

The RealSense software development kit works only with Windows for now, but Android support is coming, according to Intel's website. Support may come for Google's Project Tango SDK, which is already compatible with a different RealSense camera in an Intel smartphone that will ship this year. The RealSense R200 camera is 9.5 millimeters thick and 102 millimeters long, significantly smaller than its predecessor. It will be available in the U.S., Canada, China, Japan and European Union.

The camera is up for order on Intel's Web site, though it's unclear when it will ship.  The company didn't respond to questions about availability.