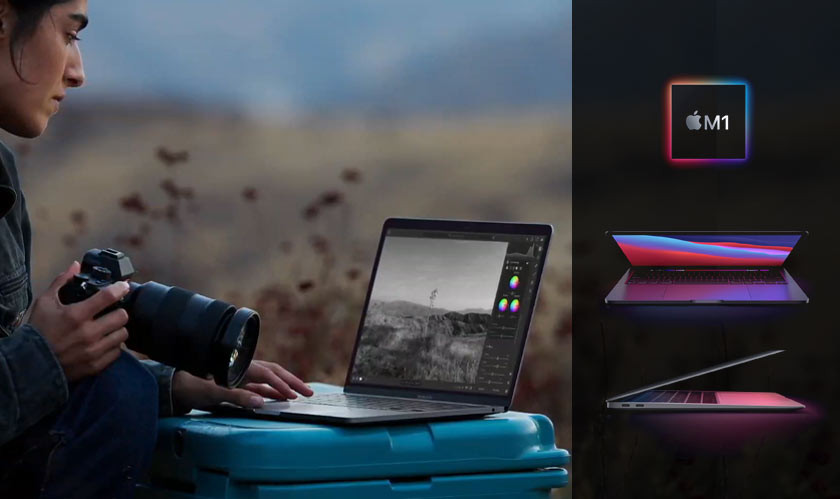 At the “One More thing” event, Apple has launched three new Macs, all with its M1 Chip. The M1 Chip is Apple’s own silicon processor made on ARM architecture. In the event, Apple said that it would replace Intel chips and transition to its own chips within two years. The M1 Chip makes way for a fanless design in the new MacBook Air, costing just $999 and is 3.5x faster than the previous generation.

Apple, which had transitioned to Intel in 2006, is now betting on its own custom chips. The M1 Chip provides longer battery life, fast and more efficient processing, better graphics, and has less heating. Apple’s Chip, called the M1, is built using a 5-nanometer processor technology and packs in 16 billion transistors, the most the company has ever put into a chip.

The entry-level Mac mini comes with the latest M1 Chip with an 8-core CPU in its familiar 7.7-inch silver aluminum square design. Its price starts at $699. Apple also launched a 13-inch MacBook Air with the new chip, starting at $999 and a battery life of up to 18 hours. This is as thin as the previous MacBook Air, but thanks to the M1 Chip and no fan, it can provide significantly better battery life.

Its new 13-inch MacBook Pro will have a starting price of $1,299 and will have a battery life of 20 hours in a single charge, promising to deliver up to twice the battery life of the previous generation using the latest M1 Chip. All three computers are already available for pre-order and will begin shipping to customers starting next week. Apple will also push the latest update, “Big Sur,” to these new Macs from 12th November.