Are you up for Samsung's new Galaxy S8 Flagship that promises better investment than iphone? 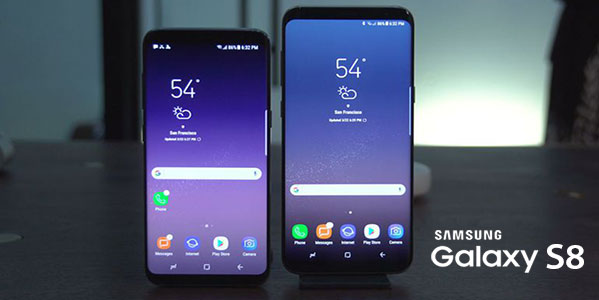 It’s almost summer, trees form buds during this period of the year. Change for better is here at this time. And change is here even in the form of a flagship being introduced by none other than the world’s largest smartphone maker- Samsung.

After the much owned bad reputation from its Note 7 in the previous year, it has invested its idea, creativity, and money (Did I say money or millions of money?) in producing its way-out-of-hell Galaxy S8 flagship.

Unveiled in New York, Samsung has Galaxy S8 and S8+ for its consumers that is aptly created with what they like to summon it- “infinity display,” i.e., it is fashioned with complete bezel-free display, even around the width and edges of the device.

Launching on 28th of April, the wee bombs S8 and S8+ will sell at £689 and £779 respectively. Both S8 and S8+ will occupy screen of 5.8 inches and 6.2 inches and will bear a resolution of 2960 x 1440 pixels, as the first mobile phone to be rated as Mobile HDR Premium. This implies both the models are going to fulfill a certain standard for high dynamic range content: blacker blacks in color, brighter whites and a generally larger range of brightness than most phones.

Rolling with technology, it has a face unlock feature and fingerprint sensor in it. The only thing that is not much jaw dropping is the camera: 12 MP rear-facing and an 8 MP selfie camera, with an F 1.7 aperture.