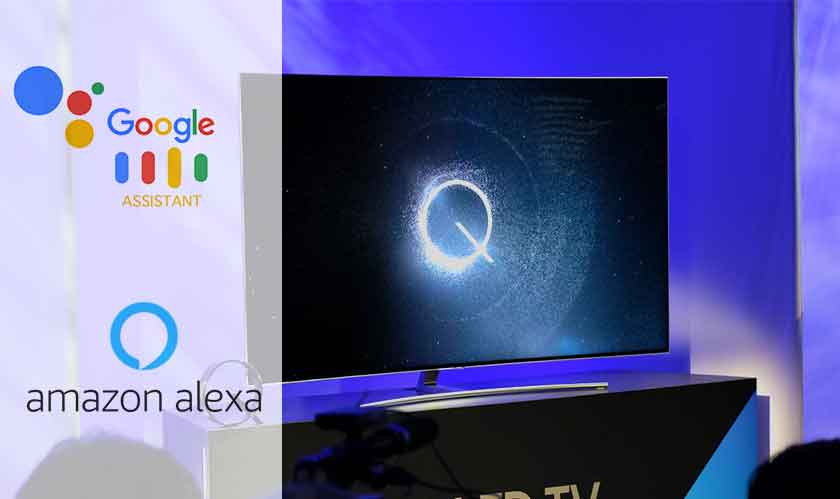 Samsung’s QLED TV screens have become quite popular. The popularity charts are going to be in favor of Samsung in 2019 as well, as it opens up its TV lineup to other voice assistants, like Google Assistant and Alexa.

But there’s a minor catch with Samsung’s offering. You will need smart speakers like Echo or Google Home for the Samsung TV to understand the command you give Alexa or Assistant. What about Bixby, you ask? Bixby will be there, of course! Samsung will be making Bixby as the only built-in voice assistant in the TV.

When Samsung says support for Alexa and Assistant, it’s fairly at the basic level where the voice assistants can control the volume, switch on/off your TV, switch inputs, and launch other selected apps. On the other hand, Bixby has more capable features. Being Samsung’s own IT service, Bixby is woven into the Tizen TV software. Using the TV remote, you can command Bixby to do something for you.

The older Samsung models remain outside the new feature involving Alexa and Assistant. But it’s possible that Samsung might upgrade it later on. Considering Samsung’s push of Bixby, allowing the integration of Alexa and Assistant is quite a big deal! Since both these AI assistants are already widely available, you can expect further integration on Samsung gadgets in the future.