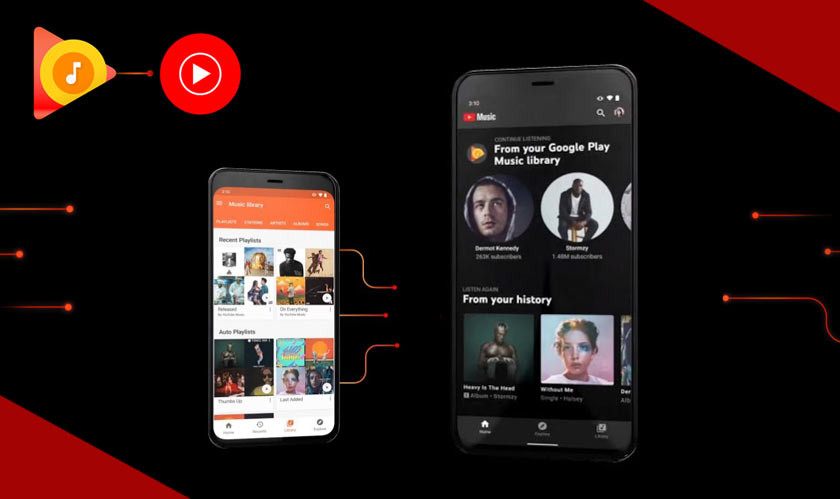 Google Play Music, which was launched in 2011 by Google as a subscription-based music streaming service, has been discontinued worldwide. Google made this announcement after completely shutting down the service in every country it was offered. Google has rebranded its services quite often and sometimes replacing it with altogether new service. The same goes for "Play Music Store. "

Users opening the Play Music are being advised to use the newer music streaming service, "YouTube Music." The service was launched in 2015. It also offers a premium experience with ad-free playback, audio-only background playback, and downloading songs for offline playback. The service also allows users to "Upload Music" to their library and stream that later. Google also allows "YouTube Music Premium" free for users to subscribe to "YouTube Premium."

Announcing the shutdown by October, Google has given three options to the users. First, if you wish to continue listening to your Play Music library, discover new music with personalized recommendations, you must transfer your library to YouTube Music.

Secondly, if you still don't wish to transit to YouTube Music, you can keep your purchased music via Google Takeout. This option will allow you to download previously purchased music from Google Play Uploaded tracks and your favorite playlists.

Finally, you also have the option to delete your Play Music library and history from the Google Play Music account altogether. All the above actions must be taken before the year-end, as after that, Google won't allow any recovery or transfer of data.