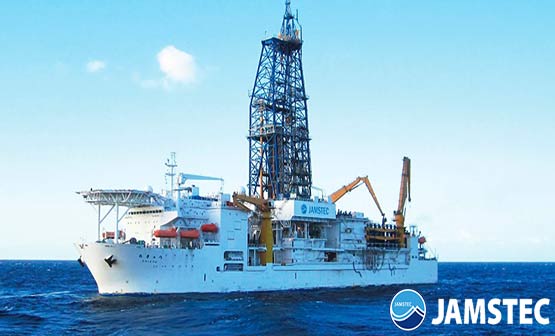 We all are very curious to know what is happening inside deep earth. So to know what’s there beneath the earth -a research team from Japan is working on this idea to give you detailed information - the research team is building the world’s first ever drilling machine and this will be on force soon.

An international research agency led by Japan Marine-Earth Science and Technology (JAMSTEC) will be experimenting on the biggest drilling ship called ‘Chikyu’ that helps to directly excavate the Earth’s mantle. The research team includes few brains from Japan, the United States and the Europe. The researchers are aiming to drill the earth crust using deep sea drilling machine (Chikyu) by 2020.

The JAMSTEC will conduct a preliminary study in the waters of northeast Hawaiian Islands for two weeks in this September. The team will study on the thickness and temperature of the crust through sound waves and find a location that suits to drill. The research team has chosen waters off Hawaii, Mexico and Costa Rica as located areas to conduct drilling.

“However, the preliminary study will be a big step forward for this project to enter a new stage,” said Umino.

The drilling machine has to dig earth almost to 2.5 miles of water and 3.7 miles of crust in a hope to reach the expected point, this cover 84 percent of earth. The Japan government is funding with an estimated amount of $542 on this project.

The earth’s radius is covered with of 6,400 kilometers with a triple-layer structure composed of the crust, mantle and core. The research team is experimenting on the boundaries between the oceanic crust and the mantle to understand how the crust is formed. Apart from this they are also investigating to check on whether microbial life existed inside the earth. JAMSTEC scientists are planning to complete the project by 2030.