Uber under deep, deep waters as President quits amid the ruckus 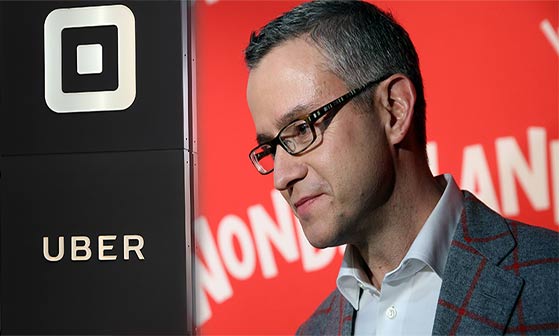 Looks like there is no end for Uber’s trouble, the ride- hailing company is under a lot of scrutiny, after series of controversies in the last couple of months, shredded its image and reputation completely.

Now the company President Jeff Jones is leaving, after less than a year serving the position. Jones worked as the chief marketing officer for Target before joining Uber in September 2016. Jones had replaced Ryan Graves, the former CEO of Uber who Kalanick replaced in 2010. Graves, who now serves as head of operations, has reportedly been absent at Uber since the crisis.

The aggressive start-up company quickly became the talk of the town, with the riding services and various alliances with other companies. However when few cases of sexual harassment turned up and Uber’s unprofessional response to it caused problems to brew; then followed the belittling of an Uber driver by the CEO Travis Kalanick.

Meanwhile, CEO Kalanick issued a statement to staff: "After we announced our intention to hire a COO, Jeff came to the tough decision that he doesn't see his future at Uber."

Well we don’t know who is lacking future Jonas or Uber. If the company doesn’t spring back soon; Boy, Uber would soon be history, and not a good one!