â€œWe're committed to leaving the world better than we found It,â€ Tim Cook 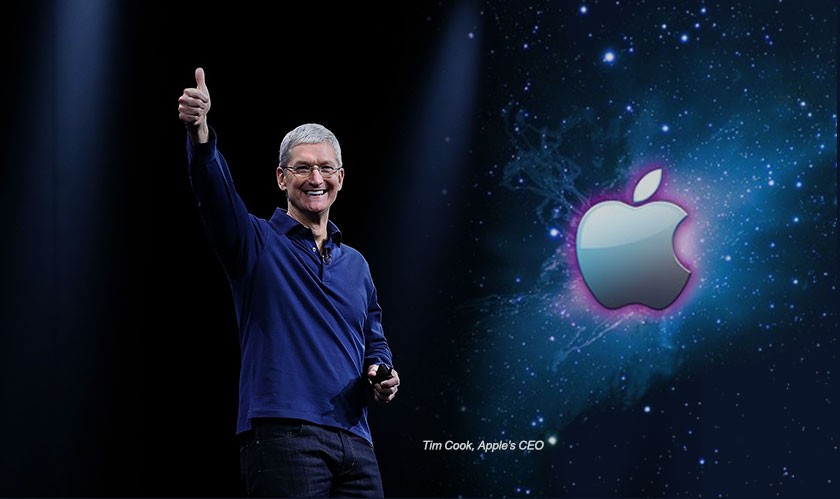 Apple has been the trendsetter in the world of phones for quite some time. Now, it’s gone 100% green in its energy consumption and leading the industry in adopting clean energy. The company recently announced that its businesses are wholly powered by renewable energy sources.

Apple’s data centers have been 100% powered by renewable energy since 2014. The company has worked on reducing its carbon footprint by 54% since 2011. It has prevented 2.1 million metric tons of CO2e from entering the earth’s atmosphere.

“Climate change is one of the great challenges of our time, and the time for action is now,” said Tim Cook, Apple’s CEO. Commenting on climate change, Tim Cook described it as one of the great challenges of modern times. He believes to make a switch to the status of green economy will take some effort and some innovation. “The transition to a new green economy requires innovation, ambition, and purpose.”

“We believe passionately in leaving the world better than we found it and hope that many other suppliers, partners, and other companies join us in this important effort,” said Cook stressing that Apple strives to do the world good by improving its partnerships with companies to increase the reliability on renewable energy. Apple recently announced that its 23 suppliers are committed to operating on 100% renewable energy, including nine new suppliers. Apple and its partners have 25 operational renewable energy projects running around the world. It also has 15 more projects under construction. These projects apart from running the Apple businesses are aimed at also helping local communities, states, and even entire countries. “We’re going to keep pushing the boundaries of what is possible with the materials in our products, the way we recycle them, our facilities and our work with suppliers to establish new creative and forward looking sources of renewable energy because we know the future depends on it.”

Apple has made great commitments in the past and worked hard on achieving its green targets. Eight years ago only 16% of its facilities were powered by renewable energy. In 2015, this statistic had increased to a staggering 93% and then to 96% in 2016. Looking ahead, Apple plans to make every single retail store it sells its product out of, its offices and manufacturing facilities worldwide, in all 43 countries run on 100% clean energy.