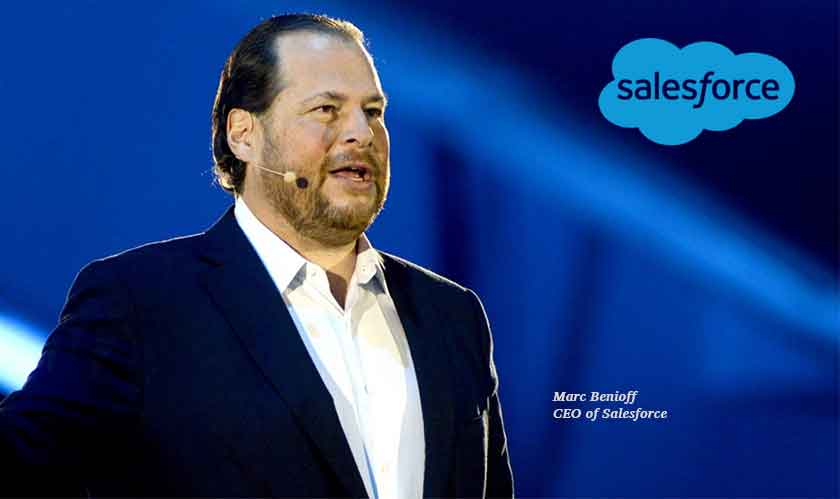 2018 has been a very strange year for the tech industry as Artificial Intelligence, Blockchain and IoT finally came through in a big way and was in the limelight. But on the negative side of things, it couldn’t have been worse. The Cambridge Analytica scandal ruled the headlines for the most part of the year followed by many data leaks that raised the fears in the minds of the consumers all over the world. Is their data safe anymore? On top of it, we have seen high-profile departures from big companies like Instagram and WhatsApp. Employees are walking out too. In the aftermath of these walkouts and doubts, one thing is clear; people are having trust issues with the tech companies. Marc Benioff, CEO of Salesforce seems to think so too.

In a recent interview, Marc rightly pointed out that perhaps there is a requirement for the tech industry to change. “We’ve had a lot of walkouts this quarter. And the reason why is because it’s kind of a message to the executives: it’s time to transform.” Coming from the veteran, the call for change makes sense. He has been in the tech industry since the 1980s when he started as a programmer for Apple early on.

He believes that innovation has always taken the first place in technology for long but with the current mood of the consumers, the importance of gaining the customer’s trust should be the number one priority. “In technology over the last two decades, the most important thing has been the idea. That is, the best idea wins. That has been what gets you funded, that’s how you grow your company, that’s been your highest value: the best idea wins. No longer true. The current highest value is trust, and if trust is not your highest value, if the most important thing to you and your company is not trust, you need to look again, and that’s what’s happening with these companies today.”

Salesforce with Benioff at the helm saw its share prices drop by 25% from its record high during October and November but recovered rapidly and showed good appreciation of 34% at the end of third quarter of 2019. The company has maintained a CAGR of above 20% for more than a decade. So, it’s obvious that they are doing something right. The company has been trusted highly across the board by all its partners and customers alike. So, if any tech executives out there are reading this, ideas can come second, for now, work on gaining the customer’s trust first and the rest will follow.