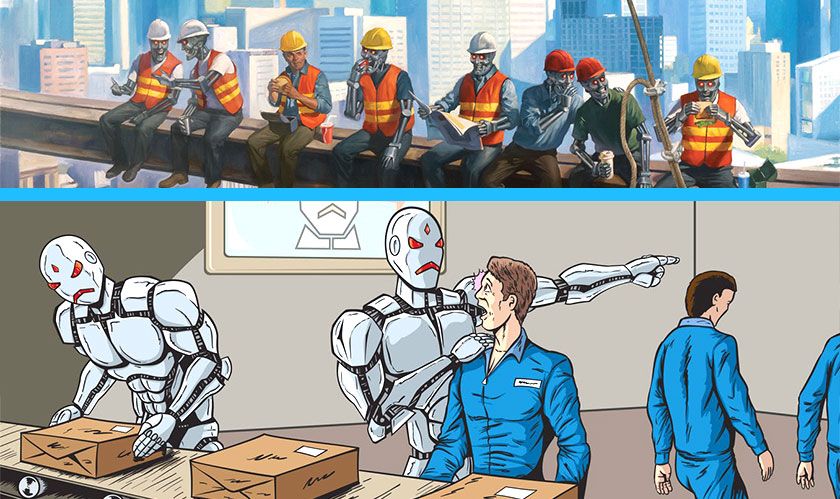 AI and robotics are the next big things. They are touted to cause massive disruptions in the race for innovation, manufacturing processes and jobs. Many of the global leaders have voiced their opinions on the looming danger of huge job cuts due to the increase of application of automation with ever-increasing influence of AI and robotics.

Richard Branson, Founder of Virgin Group says eventually there will be a requirement of cash handouts to keep people from becoming homeless in the US. "I think with the coming on of AI and other things there is certainly a danger of income inequality." Says Branson. “The amount of jobs [artificial intelligence] is going to take away and so on,” Branson says. “There is no question technology will eliminate jobs” he says.

Microsoft Founder Bill Gates also chimed in, saying “AI is just the latest in technologies that allow us to produce a lot more goods and services with less labor”. But he chose to be more positive saying "AI will bring us immense new productivity". Although, huge losses are expected job-wise, at a higher level AI and Automation will also help eliminate diseases and world poverty. AI is already driving great advances in the field of medicine and healthcare with better disease prevention.

Talking about solutions in such a scenario where automation is going to cause huge job cuts, Elon Musk voiced his opinion saying "There is a pretty good chance we end up with a universal basic income, or something like that, due to automation". Facebook CEO Mark Zuckerberg also vouched for Musk’s idea of basic universal income. “Now it's our time to define a new social contract for our generation. We should explore ideas like universal basic income to give everyone a cushion to try new things,” says Zuckerberg.

If we consider past as an indicator whenever there have been job cuts due to technological advancements, new jobs have come up elsewhere. For the humankind to remain employed there will be a remarkable need for updating their skill set to suit the times of automation.

AI is getting better and better at tackling complex problems but it remains to be seen that it will always lack in completing tasks that will require some empathy, emotional intelligence unique to humans. Hence, there will be always the requirement for human soft skills. It’s time to adapt and create a future that is conducive to the development of the human race with the involvement of Automation without fretting over the negative aspects.