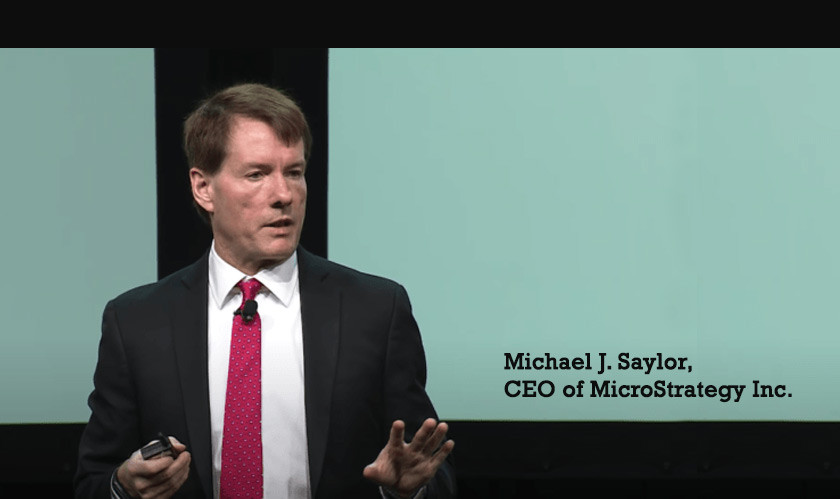 Michael Saylor, the CEO of the firm MicroStrategyIncorporated (NASDAQ: MSTR),has received much recognition due to his commitment to the Bitcoin HODLing strategy. His company was the first publicly-traded company to buy Bitcoins as an asset diversifying strategy.

Speaking in an interview with TIME, Saylor expressed his latest commitment to corporations, as he believes cryptocurrency is the way to go to beat inflationary monetary policies. His company too has adopted Bitcoin and, since August 2020, purchased 90,531 Bitcoins. Saylor is also confident that other reputed institutional investors will soon follow the trend and diversify their portfolio into cryptocurrency.

The adoption of bitcoin by MicroStrategy came at a very slow pace, as the authorities around the world followed it. However, when asked about other institutional investors adopting this trend, Saylor said, “If you go back to March 2020, it was only the rare institution involved. In the last twelve months that followed, there’s been an avalanche of institutional involvement. MicroStrategy is the first publicly-traded company that made a material investment, but Square and Tesla followed. While the world is yet to catch its breath from the purchases made by these firms, they are just the tip of the iceberg.”

Saylor ismaking sure this trend lives up; he is highly active on Twitter and hosting events supporting cryptocurrency. His firm hosted the “Bitcoin for Corporations” Summit this February. According to him, the attendance went from the anticipated 1,000 per day to more than 10,000, which even broke their server.