The Retail War where Consumers Win 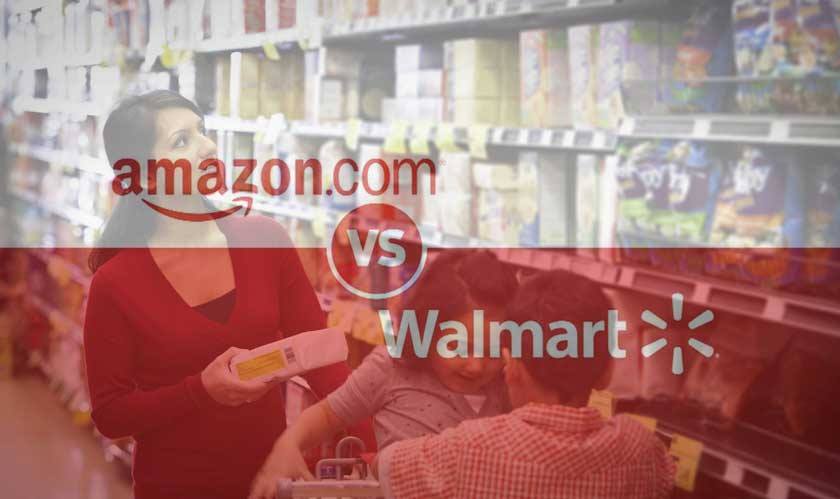 The retail world has another battle waging and this time it is between two giants, Amazon and Wal-Mart. Well, who hasn’t heard of these, right? These retail giants have been snapping at each other given -just any chance. You have Amazon entering the brick-and-mortar, only to get head-to-head with its rival. And the next thing you know, Wal-Mart is flooding your internet page with its online shopping site. While lots of people are discussing who will win this battle, there is another underlying winner taking the trophy home without anyone’s notice. And that my friends, is you, the consumer.

If that has got you wondering how it makes you a winner, let’s go back and look at how things are going. The retailing world knows its consumers. They lure us with emotion, intuition and a fear-driven management style. Be at the turn of any holiday, there are hordes of sales. The items put up for sale may not exactly be what you ‘need’ but it’s still a SALE and that makes you want to shop. The everyday price crash in these stores not only attracts customers, but also convinces them to come back for more. And we do go back for more, don’t we?

Amazon is recognized for its algorithmic approach when it comes to catching consumers using particular products. In addition to this, it also uses real-time data to stay up-to-date with its pricing strategy. This is what maybe makes it a step ahead of Wal-Mart. Because it is pretty obvious that Wal-Mart is definitely lagging behind in its online platform, whereas Amazon is ruling it. The massive amount of data that retailers collect through their online platform gives them an extra step in getting to know the final buyer. This is again where the consumer wins!

Let’s look into another important factor, which benefits the consumer. Amazon Prime membership and Wal-Mart membership. The facts are simple and laid out straight. If you sign up for these annual memberships, you get extra bonanzas, work is fair and straight. However, since we are seeing a battle here, we might as well see what each has to offer. With Amazon Prime, you get two-day free shipping, Amazon Prime video, free books on Kindle and much more. But it’s doubtful if the list is long for Wal-Mart membership. But either way, the consumer gains and gets whatever he needs delivered without shipping charges! (But then you’ll be paying for membership, so it makes it a win-win.)

Speaking of delivering, the retailers are striving hard to make everything possible for last-mile delivery. Amazon is making sure that it rules. Amazon’s last-mile-delivery is something that has caught everyone’s attention. When they debut the drone delivery to a remote village in England, applauses were well received. Of course Wal-Mart isn’t lagging behind either. Wal-Mart is using its employees to deliver packages for consumers. With a lot of technological input and access of over 47,000 stores in the country, Wal-Mart is at advantage and is striving to manage next-day delivery a reality.