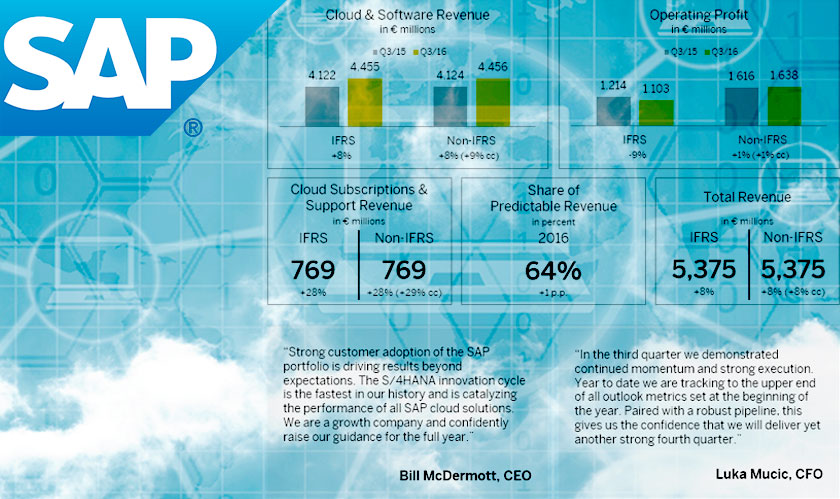 The third quarter of 2017 has ended and global companies are announcing their growths and drops. And here is SAP announcing a fast revenue growth in the Cloud that has continued into the third quarter. But that’s not all. Here’s a glimpse of SAP’s third-quarter results.

SAP has raised the outlook where digital core business has increased in magnitude with over 6,900 SAP/4HANA customers. This makes the total stats around 70% growth year over year. The results have shown that approximately 600 additional customers signed up of which more than 40% were net new. Shell and China International Marine Containers are some of the global companies that have integrated with SAP/4HANA.

In a company post, the CEO of SAP, Bill McDermott said, “SAP has evolved from the world's system of record to the platform for the digital revolution. Led by S/4HANA, we are delivering intelligent business applications built on the most data rich architecture ever created. We see growth in every corner of the business, which is why we are again raising our guidance for the full year.”