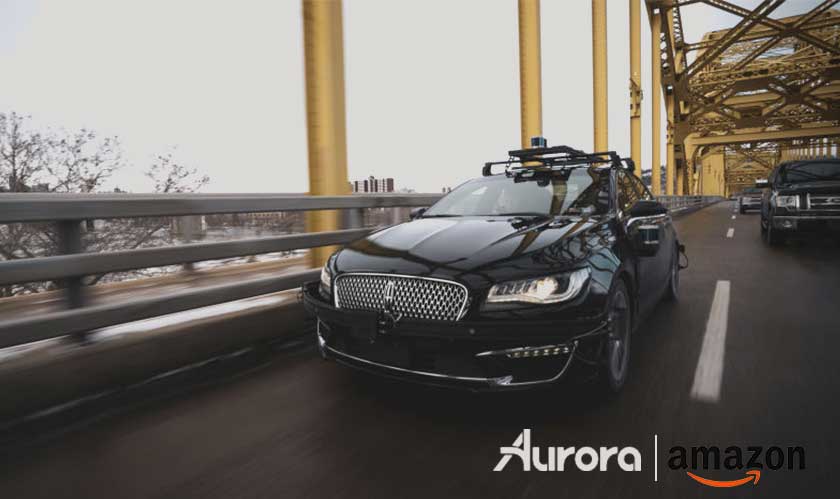 Aurora, a self-driving technology startup, has raised more than $530 million in a funding round that also brought in Amazon as an investor.

Led by former Google Self-Driving Car Project Chief Chris Urmson, Aurora is now among the best-funded players working to commercialize autonomous vehicle technology, raising a total of $620 million in funding. "This is about building something that will make the roads dramatically safer, make transportation more accessible and make it better," Urmson said. "We're going to build an incredible business and build something meaningful."

However, Aurora only plans to engineer the necessary AI, software, computing power, and other accessories that will help companies build their autonomous vehicles. Companies partnering with Aurora include Volkswagen, Hyundai Motor and Chinese-backed electric vehicle startup Byton.

The fresh funding round has further bolstered the self-driving startup’s confidence as major players like Amazon and T. Rowe Price decided to back its venture. Happy that “a great technology company like Amazon, who thinks hard about the implications of logistics and movement of goods” is investing, Urmson said.

“We are always looking to invest in innovative, customer-obsessed companies, and Aurora is just that,” Amazon told in an interview. “Autonomous technology has the potential to help make the jobs of our employees and partners safer and more productive, whether it’s in a fulfillment center or on the road, and we’re excited about the possibilities.” Amazon has been quieter about its plans for autonomous vehicles; however, this will be the tech giant’s first high profile move into autonomous vehicles space.