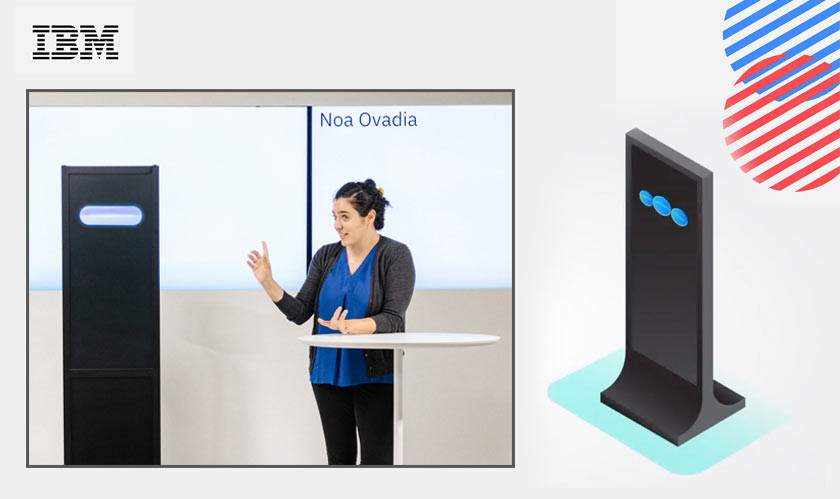 Artificial Intelligence has made significant progress lately. Recently, an IBM research lab in Haifa has trained its newest autonomous AI model, Project Debater, to debate like a human in front of a live audience. The system can analyze around 400 million newspaper articles in less than five minutes. Getting access to such a vast amount of information in such a less time is phenomenal. Itindeed gives the Artificial Debator an edge over humans who may take years to just go through that much of data. Apart from this, the debater also smartly fishes out texts that could be used to prove a side in a debate.

The programmed model also uses a "Collection of more principled arguments that captures the commonalities between the different debates that humans are having. It looks for the most relevant principle arguments," said Noam Slonim, Principal Investigator of Project Debater.

Interestingly, Project Debater first showed off its capabilities at the San Francisco showcase when it welcomed its opponent in a female voice, "Greetings Harish. I heard you hold the world record in debate competition wins against humans, but I suspect you've never debated a machine. Welcome to the future."

Although the Project Debater back then couldn't win the event, but it impressed the audience with its human-like communication abilities. Through the years, it will improve, thanks to the machine learning algorithms, which make the system better day by day.The director of IBM's research, Dario Gil,commented that the project is not about win or loss but about creating AI that can master the infinitely complex human language.