Google and Akamai tie-up to speed up Cloud Networking

Google and Akamai tie-up to speed up Cloud Networking 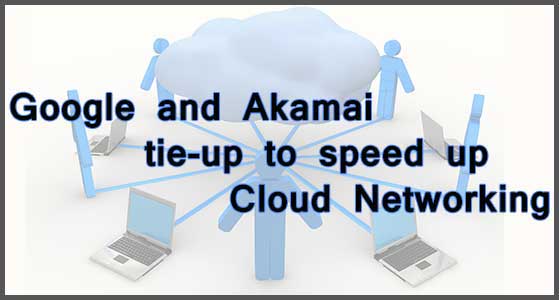 Inside Google's  Cloud Platform data-centers, everything is hooked together with 10GB Ethernet. Once your traffic is on its way to the public, it runs on top of Google's own Content Delivery Network (CDN) Interconnect. That's fast, but it's not fast enough. So, Google has partnered with Akamai, a leading global CDN provider, to open even more pipes to Google's Cloud.

But that's not all Google is doing to speed up your workloads running back and forth to its cloud operations. Google has also announced the general availability of HTTPS Load Balancing, and its software-defined network (SDN) virtualization stack, Andromeda. Google is also releasing Cloud Router and Sub networks. Together, this pair gives enterprise customers fine-grained network management and control.

Why is Google doing this? Because its customers are demanding it. As Morgan Dollard, Google's Cloud Networking Product Management Lead, blogged, "Our customers have reiterated to us the critical importance of business continuity and service quality for their key processes, especially around network performance given today's media-rich web and mobile applications."

John Gage, the computer scientist who came up with Sun's slogan, "The network is the computer," may not have been quite right, but he was close. In today's world with IT moving to the cloud as fast as it can, networking performance is critical for computing.

Or, as Google now puts it: "Speed is a feature." With Akamai's CDN incorporated into Google's CDN Interconnect, Google Cloud traffic will run over select Akamai CDN locations over a private route to Google's edge network. This will help reduce latency and egress costs for their customers. Akamai's peering with Google will vastly increase the number of points-of-presence to Google's networks. This, in turn, will enable Google Cloud Platform to deliver more responsive cloud services.

Akamai's participation will be done via Akamai Intelligent Platform. This in turn has a direct interconnect with Google network. Akamai states that customers should see performance improvements and save up to 66 percent on Google Cloud Platform egress costs.