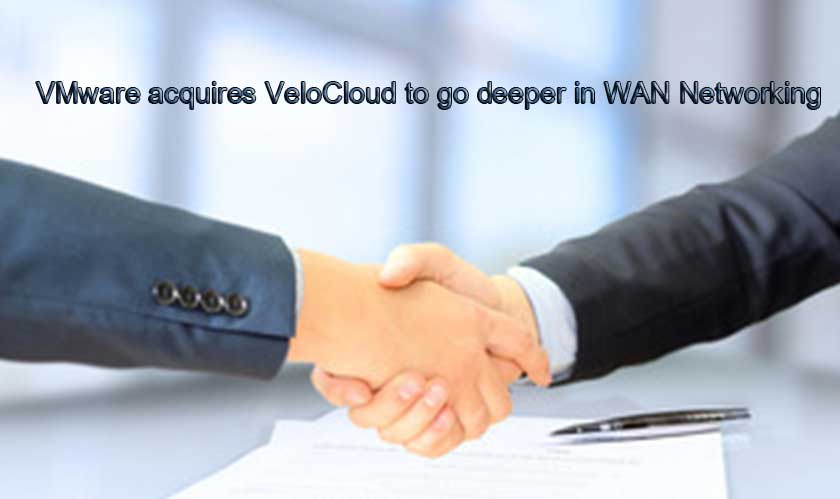 VeloCloud is a startup that is mainly focused on cloud-based wide area networks (WAN). Today, VMware announced that it will be acquiring VeloCloud. VMware will be using VeloCloud’s wares to extend its NSX software-oriented networking platform to the WAN.

VMware plans to use VeloCloud to provide a single virtual network linking core applications in a private cloud, devices on the edge, and the public cloud. The acquisition is going to be a big deal for VMware. The company will be getting more than some advanced cloud-based WAN technologies to add to its networking arsenal. It will also get VeloCloud’s 1000 customers that include global telecommunications and large enterprise companies, which would need this kind of technology.

“We recently announced a partnership with VeloCloud that includes joint product validation, coordination with product roadmaps, simplified ordering, and coordinated sales and marketing to improve solutions for our mutual customers,” said Senior VP of Networking, enterprise infrastructure, and service provider solutions at Dell EMC, Tom Burns. The terms of the deal were not disclosed.