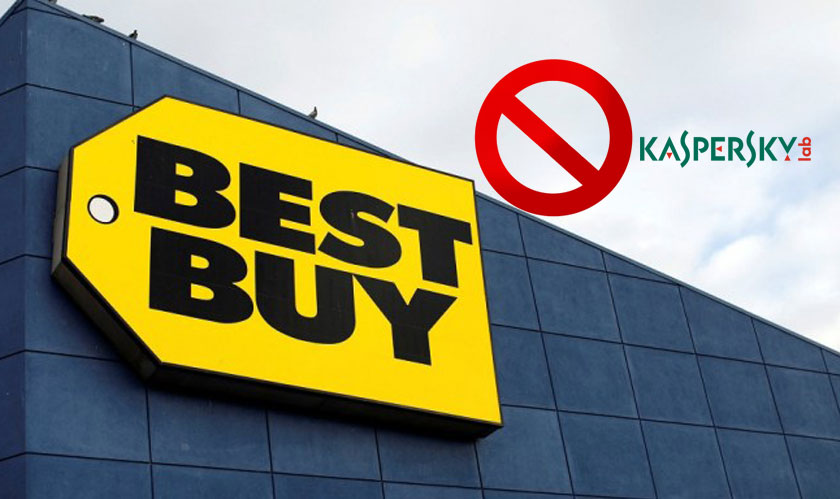 Best Buy, a leading electronics retailer based in the US with branches in Europe, announced that it has stopped using all products and security software’s sold by Security Company Kaspersky Labs. This move comes after reports and the federal government’s concerns that the company could be unduly influenced by the Russian government.

The Moscow based cyber security giant has faced a series of allegations that it could be influenced by the Kremlin after the whole election hacking fiasco and the investigation that followed. In one of the Senate Intelligence Committee hearing in May, the heads of the six major US intelligence agencies all said that they wouldn’t be comfortable with the software being used on their computers.

The committee took it a step further in July when it asked specifically proposed prohibiting the Department of Defense from utilizing Kaspersky Lab products, “due to reports that the Moscow-based company might be vulnerable to Russian government influence.” This was a far more lenient stance when compared to the Committee on Science, Space and Technology for the US House of Representatives, which requested that all 22 government agencies share their documentation and communications regarding the company, according to a report from Reuters.

Kaspersky Lab, of course, has denied these reports without a question, saying that it has been the victim of the ongoing geopolitical battle that rages in the west. The company also stated that it “has never helped, nor will help, any government in the world with its cyber espionage or offensive cyber efforts,” and even agreed to hand over its source code to the FBI for investigation to prove its innocence.