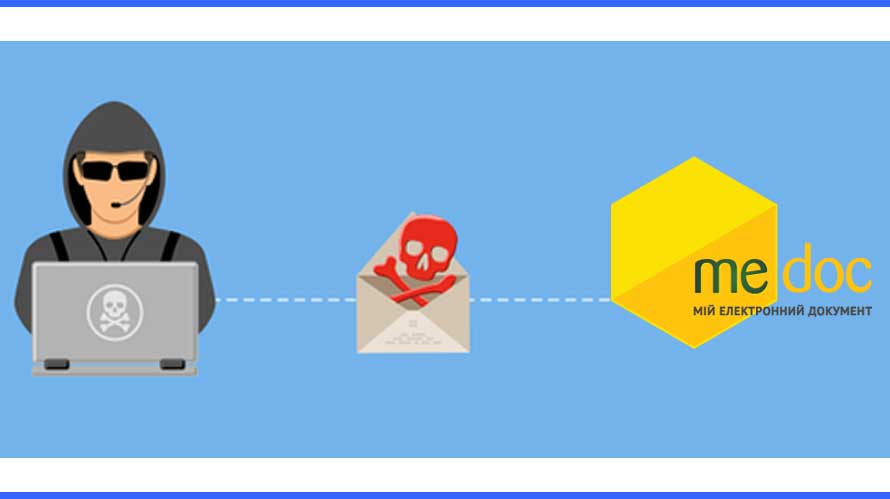 Pretty sure you would have never heard of the company MeDoc. Well, it is a very little known financial tech company that helps people and businesses through their accounting software. And now, sources say that it is the primary source of the Petya ransomware that affected businesses the globally. According to cyber security researchers, MeDoc is believed to be the source point of the massive cyber attack.

Researchers believe that some hackers breached MeDoc’s computer systems. The hackers sent out a malware disguised as a software update and the Petya virus spread like an infection. According to independent security analyst Jonathan Nicholas, sending out the virus poised like a software update is quite a simple task, mainly because of the weak security in the company. And this is what made MeDoc an epic-center for the disaster to follow.

The Petya is a serious cyber security issue. MeDoc’s lacking security infrastructure along with outdated FTP software has lead to serious consequences. The hackers have easily stomped into the vulnerable servers and walked away unnoticed, until it was too late to do anything. However, it is still unclear if that particular vulnerability was used by the hackers. But with an old software running in an enterprise, it is a welcome to hackers.

The Ukrainian government is already taking action and has threatened MeDoc with criminal charges. The authority claims that the company had already been warned several times to strengthen their security system. “They knew about it. They were told many times by various anti-virus firms… for this neglect, the people in this case will face criminal responsibility”, said Chief Col. Serhiy Demydiuk, head of the Ukrainian Cyber police.

It is still hard to find the hackers or even shed any light on the Petya group. However, there have been more speculations about the hackers and they are being allegedly linked to Russia. No solid evidence has surfaced so far to make things clear. But more and more researchers are confirming that it all started at MeDoc.