You got a Bot? Now promote it on Twitter 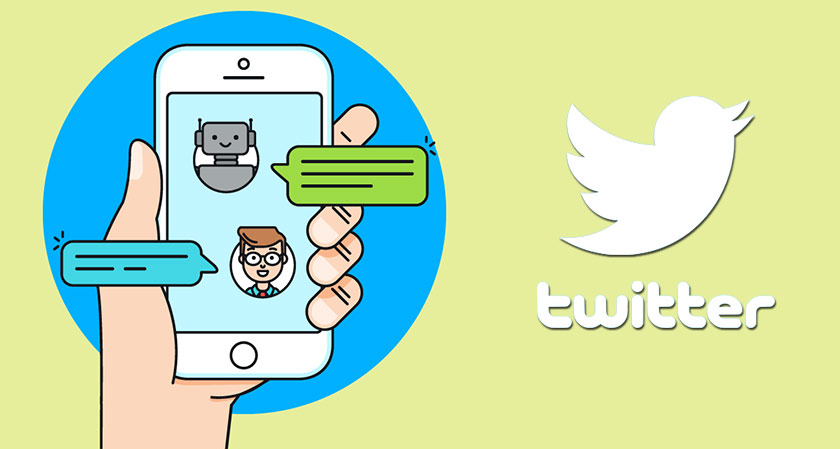 The chatbot trend exploded on social media with Facebook starting its chatbot services and then the rest following suit. Was it successful? Well, to be honest with you, the short answer is no. But Twitter, the latest giant to embrace the chatbot trend has found a unique way of promoting chatbots and it might just work.

Twitter is now allowing brands to use its platform to promote their Chatbots. The company had been missing out on some of the chatbot action of late and with this, it appears to be coming back into the race. The company has announced a brand new feature wherein brands will be able to promote ads that ultimately get the customer engaged into a conversation with a chatbot.

To facilitate these chatbot conversations, Twitter has launched a new feature called direct messaging. This takes place through card style advertisements that can be clicked upon to engage into direct messages with the chatbot. The Direct Message Card can be customized using either an image or video and up to four call-to-action buttons meant to encourage Twitter users to slide into a brand’s DMs.

An example for this is ‘Bot Tender,’ a cocktail bot coming from spirits brand Patron Tequila which is kicking off the launch of Twitter’s new feature with its own Promoted Tweet campaign using the new card style. Bot tender asks your tastes, mood and your surroundings among others to suggest cocktails that would fit the situation.

The cards are not about pushing people to bots that help solve customer service issues or encourage purchases from the brand in question, as is the focus of many Facebook chatbots. Instead, they’re about getting people to interact with the brand through a private messaging experience that’s meant to be fun, not transactional.

Facebook’s chatbots that were launched last year were a disaster, mainly for the reason that they tried to impersonate real people and this sounded like a written version of automated calls which annoyed the users rather than help them out. Twitter on the other adopted a completely different approach by trying to promote the brand rather than sell it. If this clicks, then the bot business just became a whole different ball game.