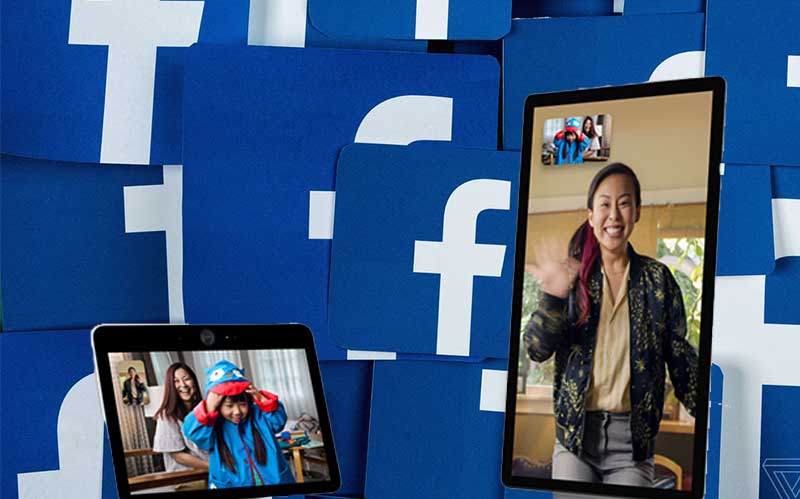 Portal and Portal+ smart-speakers are Facebook’s first hardware product outside the Oculus line of VR devices. The devices disrupt the smart-speaker market with a unique approach that will allow users to video-chat with friends and family using the Smart Camera feature instilled in them.

The Smart Camera feature uses AI and the devices’ camera to perfectly frame users on video, so they can move around hands-free during video hangouts. These video calls can be made more entertaining with the help of AR features that can turn a user’s living room into an animated nightclub, and more.

The tracking camera and the microphone can also be turned off when not in use. And there’s no way to record video. Users can even slide a small plastic cover over the lens if feeling suspicious, said Rafa Comargo, VP of Portal.

Considering consumers’ concerns over privacy, he said, “Privacy is very, very, very important… We really made a conscious choice of not recording, so you have peace of mind…” The Portal devices can also stream music from Spotify, Pandora, and Amazon Music and video from Facebook Watch.

The devices, Portal and Portal+, that come equipped with Alexa Voice Assistant are priced at $199 and $349 for a 10-inch and 15.6-inch screen respectively. In addition to its late arrival to the market, the greater challenge for Facebook, however, is to convince users to trust the company with hardware in their homes.