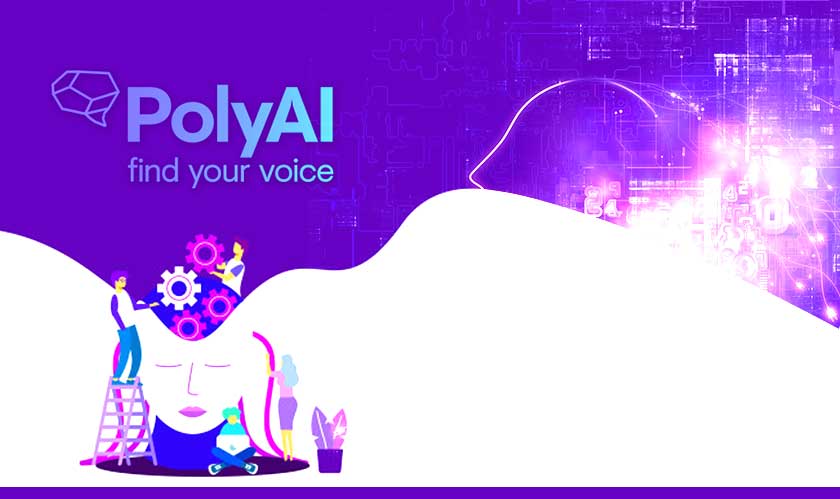 PolyAI, a London-based startup specializing in the “conversational AI” space, has just scored $12 million in funding to deploy its tech in customer support contact centers. The company was founded by leading experts in the field, including CEO Nikola Mrkšić, who was previously an engineer at the Apple-acquired VocalIQ. The Series A funding round was led by Point72 Ventures along with the investments from Sands Capital Ventures, Amadeus Capital Partners, Passion Capital, and Entrepreneur First.

PolyAI developed the state-of-the-art conversational technology at Cambridge’s Dialog Systems Group – part of the Machine Intelligence Lab at the University of Cambridge. PolyAI was started in 2017 to sell the commercial version of the conversational platform they later built primarily targeting ‘contact centers’.

PolyAI’s AI tech takes in customer queries in a truly conversational way, regardless of the medium, domain, or language. Meaning, PolyAI’s tech accepts queries via email, messages and even voice. Unlike other software platforms, PolyAI’s AI is equipped with the ability to understand meaning within the context of a conversation’s history or follow-up dialogue. “Our agents are built around a framework for modeling context, which means they can hold long conversations and remember all pieces of information that users had previously shared,” said Mrkšić talking about its capability to handle really complex use cases.

Also, the backend models of the PolyAI’s platform are data-driven. In practice, this means, “we don’t have to hand-craft agent behavior — AI agents can learn by observing human agents at work,” the CEO added. Infused with such intriguing features, Mrkšić believes that a “deep vertical integration” of the tech “into contact centers will produce the best outcomes.” If PolyAI’s tech is successful installed, AI agents will be able to handle calls (at least the non-complex ones) freeing human agents to handle more complex cases or the ones that would require ingredients like human empathy or emotional quotient.