Toyota and Uber to unveil Autono-Maas vehicles in 2021 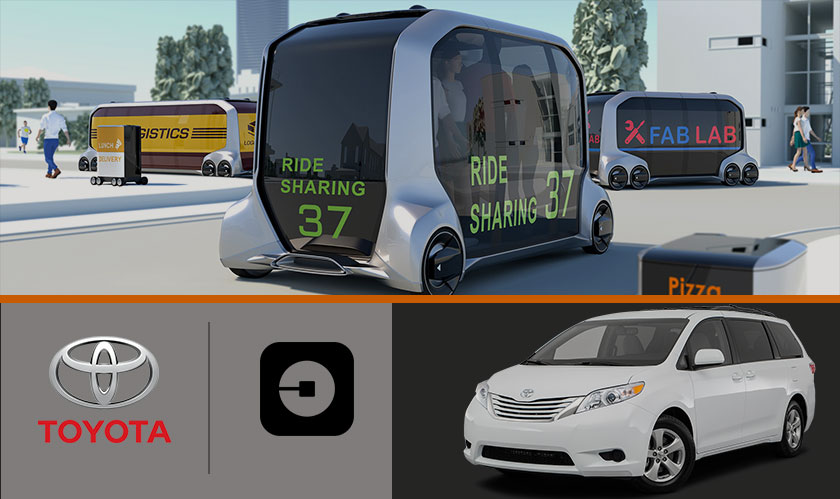 Toyota, the Japanese automaker, joins hands with Uber and reportedly invests $500 million to introduce an on-demand autonomous ride-hailing service to the market. The Toyota Sienna minivans will be armed with Uber’s self-driving technology and deployed on Uber’s ride-hailing/ride-sharing network.

The deal, according to Dara Khosrowshahi – CEO of Uber, is a first of its kind deal for Uber and is sure to improve Uber’s image, particularly in the wake of a fatal self-driving vehicle accident in March. “Uber’s advanced technology and Toyota’s commitment to safety and its renowned manufacturing prowess make this partnership a natural fit,” he added.

The companies termed the forthcoming project as “Autono-Maas” which means Autonomous-Mobility as a Service. The Autono-Maas vehicles will include the Uber’s autonomous driving system and Toyota’s “guardian” automated safety support system – which operates in tandem with a human driver in full control and acting only to avoid mishaps.

Toyota, at CES in January, had also promised to team up with Amazon, Mazda, Pizza Hut, and Didi – apart from Uber – to focus on the development of its e-Palette vehicles – which are self-driving modular store on wheels. However, this new AI deal with Uber is sure to spark some hope in the minds of the onlookers and other allies.