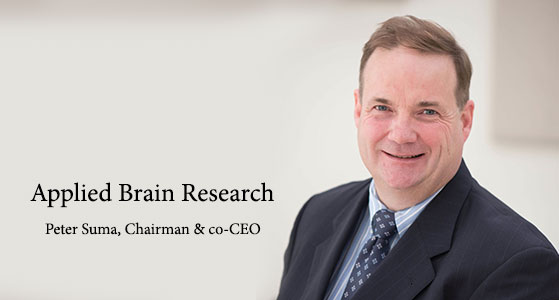 The world is changing and at the forefront leading the change is AI. AI technology is evolving at a fast pace and is helping businesses drive value. Applied Brain Research (ABR), a company based in Canada is developing a new kind of AI which exploits neural networks and is one the best companies which is solving AI problems.

Founded in 2013, Applied Brain Research (ABR) is a leading company which excels in building the best AI integrated systems for the real world. Their algorithms and hardware tap into CPUs, GPUs, deep networks, ANNs and also works through spiking of ASICs, FPGAs, adaptive controllers, and SNNs. Their deep expertise in using neuromorphic hardware and software solves a lot of AI problems.

ABR is the brainchild of the co-CEO Professor Chris Eliasmith. The company was born out of the work the co-CEO was doing at the University of Waterloo with Computational Neuroscience Research Group (CNRG) just two years before the Spaun model was published for the very first time.

CNRG was pioneering the use of Neural Engineering Framework (NEF) and Semantic Pointer Architecture (SPA) to models by the usage of neuromorphic hardware. Peter Suma, the chairman and co-CEO of ABR had also joined CNRG to evaluate whether the group’s work could be harnessed to have any commercial applications. CNRG’s advanced algorithms, its ability to use the latest hardware combined with Suma’s excellent business background made ABR possible. The company has gone from strength to strength with time to become a leading force in neuromorphic computing.

Research- the key to success

At the forefront of the offerings by this breakthrough company is its Nengo Platform which is the most complete neural simulator out there. The simulator is capable of:

The platform can be used to implement a range of things including DNNs, CNNs, attractor networks, SLAM Networks, cognitive systems, adaptive motor controllers and much more. Users can further adapt their model to run CPUs, GPUs, FPGAs, supercomputers running MPI and more on the Nengo Platform. The platform is used by many in the industry and academia for building neural networks. The platform is available for individuals at zero cost for individuals and academicians.

While ABR’s main mission for Nengo was to create Spaun, the platform has moved on to bigger things. Although still considered to be research by ABR, Nengo shows great promise to do much more.

Mr. Suma started his first company, SRG Software, when he was still a student in computer science at the University of Toronto. Mr. Suma has been a director of several technology company boards. He has been a venture capitalist, a CEO and a technology company founder in the software and robotics industries. Prior to Applied Brain Research, he was Co-Founder and CEO of PharmaTrust.

“You’re taking this to the next level with how it thinks, how it learns, and how it reacts... the simulated neural networks you’re creating through this can apply to this [robot] – it’s just a great visualization – but of course this applies to thousands of things.” – Justin Trudeau, Prime Minister of Canada After seeing an ABR adaptive control demo

“The typical CPUs most smartphones use could never handle a system like Siri on the device. But Dr.Chris Eliasmith, a theoretical neuroscientist and co-CEO of Canadian AI startup Applied Brain Research, is confident with a new type of chip is about to change that.” – Wired UK

-In 2018, ABR was chosen as a Technology Pioneer by the World Economic Forum

“We have deep expertise in using neuromorphic hardware and software to solve AI problems.”

“We have developed a software platform, Nengo, that flexibly combines all these methods to get you the lowest power, fastest speeds, and highest accuracy.”