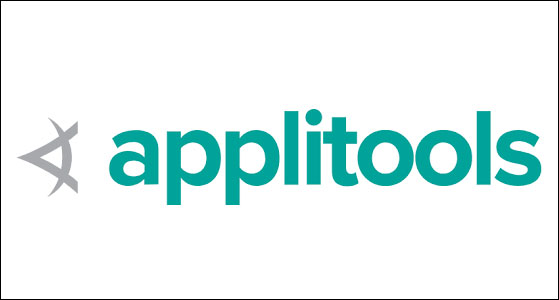 Applitools: AI-powered Visuals for your Testing and Monitoring

In the digitally engaged world of today, having a presence in the virtual world for every business organization is a necessity. Every app that hits the App Store or the Play Store undergoes many test coverage and how it actually looks in the eye of a user. But the process is a hard and tough one. If you’re looking to simplify brittle test code, then you should check out Applitools. Applitools replaces lines of checkpoint code with just one Applitools API call. The company is based in San Mateo, California with R&D offices in Tel Aviv, Israel.

Founded by a group of software developers, Applitools shorten the release cycles of the product. The founders had a hard time previously because even if there was good unit test coverage along with a full manual regression of the user interface (UI), automated end-to-end functional tests that covered multiple operating systems, web browsers, screen resolutions, and localizations, it still took days to complete.

Back then, you could find excellent commercial and open-source tools. You could test the functionality of your app through the UI, yet, there were no tools that could automatically test how a user would feel about the appearance and usage of your app. Testing would include verifying every UI element in every page with the right color, shape, proportion, position, and size. And of course, it shouldn’t overlap and hide other elements in the app. “After years of hard work carried out by experts, we successfully built a vast tech-stack that solved the automated visual UI testing problem,” says Gil Sever, the CEO of Applitools as he introduces his company and offerings.

The masterpiece (read Applitools) that was formed includes the following:

The computer vision algorithms that are enabled with AI imitate the human brain and eyes. This enables the algorithm to instantly analyze entire application pages and report differences only visible to the human eye. It can break down the images into their layout and structure. The AI can automatically detect similar differences across different pages of your app running on different browsers and devices.

Dozens of Software Development Kits allow developers and testers to easily add visual checkpoints to their existing tests in all major automation frameworks and programming languages.

Applitools offers robust backend servers that can process and store massive screenshots at an infinite scale that are available both as cloud services and on-premises.

A sophisticated web apps that allows you to easily inspect test results, zoom-in on visual changes. The platform automatically groups differences that are similar and picks up the unique ones.

A success story of Gannett with Applitools

Gannett is a popular publishing house, famously known worldwide for publishing USA Today. Apart from USA Today, Gannett also publishes roughly 200 more content materials. This company required a way to automate the visual UI testing of its iOS app. Being the largest newspaper publishing company in the States, Gannett’s print and digital content were accessed and read globally. The Gannett content had to be delivered to millions of digital news consumers using an array of desktop browsers, mobile devices, and operating systems. And anytime users had a bad experience online, they would simply move to another platform, causing severe loss to the company.

Greg Sypolt, test automation architect at Gannett struggled when it came providing automation tooling recommendations to the iOS team, who wanted to automate their screenshot process. Gannett learned about Applitools and the iOS team began using it for automatic screenshot and to automate their tedious manual testing process per release. Thanks to Applitools and Continuous Integration, release times have been cut by 75%: a huge savings across the company and a major step forward as the company redefines itself to be “digital first.”

“With iOS native testing, at first our developers didn't believe in visual automation. Now they've been singing Applitools' praises because it catches critical bugs. Applitools caught something recently that was literally off by 10 pixels. No one could have seen that. This is the type of benefit we're seeing using Applitools.” Greg says.

Gil Sever is a serial entrepreneur who is driven to solving technical problems with innovative solutions that didn’t previously exist. Prior to Applitools, he founded Safend (acquired by Wave Systems in 2011) and Storwize (acquired by IBM in 2010), and was the COO at Ectel, a NASDAQ company. Prior to this, Gil served in an elite intelligence unit of the Israeli Defence Forces and held a variety of research, development and management positions. Gil has a B.Sc. degree in Electrical Engineering from the Technion, Israel's Institute of Technology, and a M.Sc. degree in Electrical Engineering from Tel Aviv University.

“We are thrilled to see how our work is changing the landscape of software development from app development to testing, deployment, and monitoring, and we are committed to continue working hard to take our unique technology to new heights and continue to delight our users.”