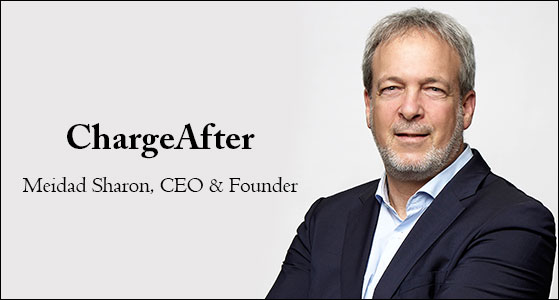 The Buy Now Pay Later (BNPL) phenomenon has its roots in credit cards and financing schemes of yore, such as layaway. However, unlike its predecessors, it feels like a win-win for both the customer and retailer as a modern one-click payment option.

Popping up at checkout, the POS Financing platform allows customers to finance large or small ticket items with either no payment or just a small initial payment. The rest is then paid off in subsequent installments, at either low or no interest rates.

The story of ChargeAfter and its purpose

There were a few key trends that led Meidad Sharon, the CEO of ChargeAfter to come up with the idea for the company. The first was the power of financing. Since only 3% of consumers that reach an ecommerce website end up buying something, he saw an opportunity to close that gap with improved lending and financing options. The way he saw it - the more financing options that can be offered to consumers, the less they would abandon their carts.

The second was the power of embedded finance. The natural flow of the consumer journey is more successful when the payment and lending process is embedded in a seamless checkout experience. At the same time, merchants were also starting to take more control of the lending process and include financial services in their offerings to customers.

Seeing that shoppers and merchants both wanted more financing in a seamlessly embedded process led Meidad to come up with ChargeAfter’s technology, which enables merchants to offer their consumers an array of financing options through a network of buy now, pay later (BNPL) or point-of-sale (POS) lenders, all of which are available in one quick, user-friendly application. With ChargeAfter’s technology installed, checkout financing approval rates can move from 15-30% to upwards of 85% of applications.

Unlike most offerings in the BNPL sector, ChargeAfter is not a lender. Instead, it’s a consumer financing platform and network that brings together lenders, acquirers, and merchants to expand the point-of-sale financing options for consumers.

When today’s consumers apply for BNPL financing, they’re usually only given the option to submit one application to a single lender that offers a certain type of credit that caters to one particular credit segment (such as prime or near-prime). With such limited choices, only 15-30% of consumers are typically approved for BNPL financing, leading to high cart abandonment and a loss of revenue for merchants.

ChargeAfter’s technology solves that by bringing together lenders and merchants so that consumers have more financing options at checkout.

Now instead of applying for financing from a single lender, ChargeAfter provides shoppers with a personalized financing offer by connecting them with multiple lenders through a single, quick application at the point of sale. Via a scaled and structured POS financing waterfall, shoppers only have to submit one application, and they receive the best, approved financing offer based on their unique credit profile and needs, which can include prime, near-prime, subprime, and card-based products. This is helping to move BNPL and POS financing approval rates to upwards of 85%, giving nearly every type of consumer access to point-of-sale financing.

ChargeAfter gives merchants access to a network of lenders and credit options in a single platform, making it easy for them to offer consumers a wide variety of financing options online and in-store. By the end of the year, ChargeAfter will have 70 lenders in its network, which means that when a consumer applies for BNPL financing, instead of just having one lender to choose from, they have access to all of those lenders and the full spectrum of BNPL and POS financing products, which include card-based installments, split pay, long and short-term installments, 0% APR financing, revolving credit, B2B financing, lease-to-own, and more.

ChargeAfter also offers banks, acquirers and other financial institutions (FIs) a white-label POS financing platform that comes with access to its robust lender network. Lenders focused on offering a prime financing product can also offer additional lending options to shoppers who are declined by their own prime product, including secondary, tertiary, and card-based installments, helping to provide increased flexibility and choice to consumers at checkout.

Recent accomplishments and roadmap for the future

Leading investors have started taking notice of ChargeAfter’s unique offering, investing $44M in the company’s Series B round, which was announced in March 2022. The Series B round was led by The Phoenix, with participation from global banking giants Citi Ventures (Citigroup), Banco Bradesco, MUFG (Mitsubishi UFJ Financial Group), and existing investors.

The new funding follows a strategic investment and partnership with Visa, and an $8M Series A round in late 2019, bringing the company’s total amount raised to $60 million. Over the past year, ChargeAfter has also added 20 new lenders to its network, with 70 lenders expected to be added by the end of 2022.

Just as Visa upended the credit game by making it possible for consumers to pay merchants with a credit card issued from any bank that is a part of the Visa network, ChargeAfter is the first BNPL and POS platform that enables consumers to pay merchants through an easily accessible network of BNPL and POS lenders. With economic uncertainty and more stringent regulations forthcoming, a network of BNPL and POS financing lenders will prove to be the preferred technology for point-of-sale financing in the coming years. ChargeAfter is proud to offer this technology and looks forward to expanding it to serve more merchants, lenders, and consumers in the future.

Meidad Sharon is the CEO and founder of ChargeAfter. He is a long-time high-tech industry veteran with over two decades of experience scaling global payments and SaaS businesses with a people and customer-first approach.