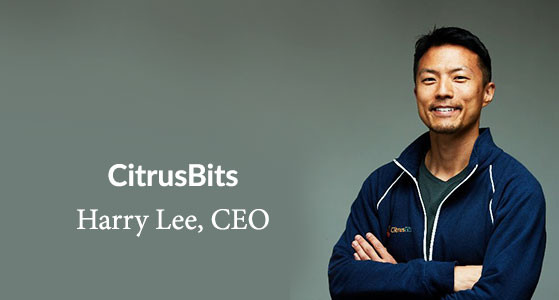 Consumer mobile app usage has been rising at a rapid pace in recent times. People use the apps to connect with friends, send money, play games, order food and much more. These apps have become a mainstay in our lives today. But to attract users, these apps need a lot of innovation, especially with design and development. CitrusBits based in Pasadena, California is one of the foremost names in mobile app design and development.

Founded in 2005, CitrusBits is one of the best go-to-market mobile partners and is one of the most sought-after innovative mobile app builders today. CitrusBits is the name behind more than 300 widely successful apps for businesses of different sizes across industries.

Burger King is the undisputed leader of the hamburger fast food restaurant chains. Established over half a century ago in 1954, the company is one of the biggest names in the food industry. But in this digital age, every company needs to be tech-savvy and easily accessible. One way the food industry connects with people all over the world is through social media and mobile apps.

While Burger King had an app, the users were unhappy with its previous iteration of the app. The Burger King app would average one and two-star with this iteration. On top of this, the app did not have multilingual and international capabilities which put the acclaimed brand at a major disadvantage. Burger King reached out to CitrusBits to rebuild its app to help it expand.

The result was a highly optimized Burger King app. The difference was noticeable as the monthly engagements jumped to over 1.3 million, 400,000 monthly user acquisitions and 1000% ROI. The app received a 4.5-star average rating by millions of users in the first six months following the launch. Owing to these fantastic results, Burger King decided to migrate the users from all other apps related to the franchise into the app that CitrusBits built.

CitrusBits consists of an impressive mix of individuals who come from varied backgrounds. The diversity is undeniably a strength that the company thrives on as it builds the freshest of apps. The company has built apps for big clients such as Burger King, Symantec, Quiksilver, Sotheby’s and also for smaller clients like Leefco, Jobflare and many more.

Harry has extensive experience in the tech industry. His teams have been lauded and recognized for their mobile excellence at the Apple Design Awards, Webby Awards, Davey Awards and Google Play Awards.

Prior to CitrusBits, he was responsible for strategic growth at Y Media Labs and Dell. At the Keiretsu Forum, the world’s largest angel investor group, he helped more than 200 companies raise $90 million in funding.

He has in the past driven revenues and closed deals that have ranged from $50k to $15 million. He is also an angel investor and focuses on high tech mobile technology. He pursues his passion for technology and science by being through his advisory positions.

He earned his BS in Chemical Engineering from the University of Illinois. He loves riding motorcycles and has competed in two Ironman races. He likes to travel.

“Citrusbits is impressive in many respects, but their results stand out the most. We have a great app that allows us to demonstrate our product and produce revenue. Working with CitrusBits was almost effortless.” – Douglas Schumacker, Marketing Leader, Harman Embedded Audio

“We’re most impressed by CitrusBits’ commitment to delivering the best possible experience for our end users. Few partners approach a project as if the product they’re building will be used by people they personally know and care about, but we found this to be the case with CitrusBits.” – Tom Perski, VP of Outreach, IrisVision

“CitrusBits was the tech backbone behind our #TAKEMEANYWHERE project, building a custom app that seamlessly tracked our journey across the continent, elegantly mapping our every move online. Their expertise enabled us to fully realise the project’s aim of hitchhiking the internet, affirming our faith in people and the networks.” – Luke Turner - LaBeouf, Rönkkö & Turner

“We’ve delivered more than 300 successful apps for businesses of all sizes and across all industry verticals, and we’d love to do the same for you.”

“Whether you’re new on the scene or in the Fortune 500, CitrusBits is a mobile app development company that is ready to create the vibrant and engaging mobile experience your business requires.”