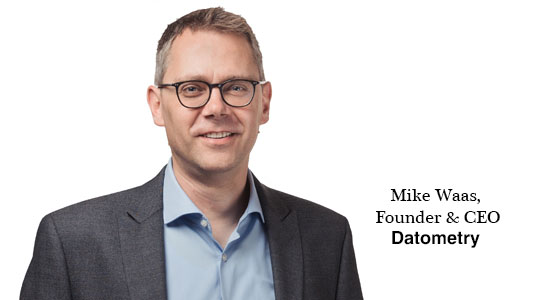 Datometry was founded by Mike Waasâ€”considered one of the worldâ€™s leading authorities in industrial database researchâ€”in 2013. For enterprises eager to adopt cloud data management technologies, Datometry is the simplest and fastest path to the cloud, and for cloud service providers and database vendors, it is the ultimate accelerator of adoption of their technology.

Datometryâ€™s pioneering technologyâ€”Adaptive Data Virtualizationâ€”allows existing applications to run natively and instantly on alternate data warehouses without rewriting or reconfiguring these applications. This has enormous impact on the speed and cost of adoption of cloud database technology while fundamentally altering the dynamics of the database market.

The companyâ€™s flagship product, DatometryÂ® Hyper-Qâ„¢ is the worldâ€™s first Adaptive Data Virtualization solution and simplifies how enterprises modernize their application ecosystem by both (1) re-platforming existing applications and (2) developing new applications on cloud-native databases. Datometry is committed to advancing the vision that in five years no one will connect an application to a database directly. Instead, technology like Datometryâ€™s will become the ubiquitous data fabric in the enterprise managing all communications between databases and applications. Connecting applications to data will only be a few clicks away regardless of the technological barrier. Silos will finally be a thing of the past. Adaptive Data Virtualization makes the vision of having full control over data a pragmatic reality: any application can access data no matter where it is stored, at last. Based on the traction the company has seen with Fortune 500 companies across all verticals, it is clear that Datometryâ€™s technology has a key role to play in the global market for enterprise data management.

The first success for Datometry was a Proof of Concept (POC) at a Global Fortune 100 retailer looking to move their custom business intelligence application with close to 40 million application queries executed per week to Microsoft Azure SQL DW. The application in question is generally considered one of the most sophisticated in retail BI. The retailer expected a re-platforming of the application including rewriting of over 35 million queries for the new cloud data warehouse to be a multi-year project with costs running in the tens-of-millions of dollars, not to mention the risk to the enterprise as well as the CIOâ€™s career, involved with this type of project. Datometry was able to demonstrate it could run the application flawlessly on the new data warehouse within 12 weeks, blowing the prospectâ€™s mind!

Over the past two years, Datometry has created a new data management technology category with massive potential. Datometry has been solving problems that virtually every enterprise is facing. This includes tapping benefits cloud technologies provide and also helping to avoid the increasing penalty for not adopting cloud-native technology.

The Team Plays a Starring Role

The company believes that their biggest asset is their best-in-class engineering team. Team members are experienced in building critical infrastructure and innovative products both on-premises and in the cloud and come from industry power houses, such as Google, Oracle, Microsoft, Amazon, and Pivotal. The majority of Datometryâ€™s engineers holds doctorate degrees in database research and distributed systems and, interestingly, have over 40 domestic and international patents as well as over 70 peer-reviewed scientific publications to their name.

The combination of a star team and the companyâ€™s culture of openness, collaboration, problem solving, and creativity (a founding principle) has enabled Datometry to develop highly sophisticated and complex technology in record time. At Datometry, team members are involved in all aspects of decision making, practicing a radical transparency unheard of in larger companies. That is how a small team collectively functions well above expectation and keeps focus on short-term and long-term goals.

Success Speaks for Itself

For startups, early pitch competitions are one of the best ways to find out if their vision resonates with the world. Datometryâ€™s victory at the Global Innovation Awards (GIA) is recognition of the companyâ€™s ground-breaking vision. The annual GIA challenge requires founders to present highly technical and complex information in a highly condensed timeframe of only six minutes. At GIA 2015, Datometry emerged as the highest-rated enterprise startup competing against polished consumer plays and business model innovators to take home $200,000 as one of the top winners.

Mike Waas and his team believe they have the potential of a VMware, which was created and defined as a category that seemed obscure at first, but proved to revolutionize IT forever. Datometry seeks to emerge as a standard for interoperability in the data space: enabling rapid adoption of data management technology with the enterprise maintaining total control of its most valuable asset: data.

Mike Waas founded Datometry after having spent over 20 years in database research and commercial database development. Prior to Datometry, Mike was founder and architect of Greenplumâ€™s ORCA query optimizer initiative; he has also held senior engineering positions at Microsoft, Amazon, Greenplum, EMC, and Pivotal. He has an M.S. in Computer Science from University of Passau, Germany, and a Ph.D. in Computer Science from the University of Amsterdam, Netherlands. He has authored or co-authored 36 publications in database research and has 24 patents to his credit.

Â â€œElevate your approach to data.â€