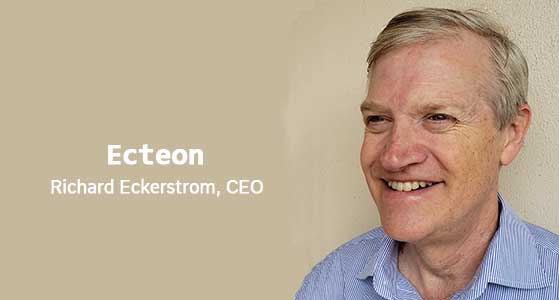 Ecteon: The Leader in Contract Management

Contractual obligations are the heart of any business. As a business grows, the number and complexity of its contracts grow also. This can dramatically affect the contracting steps, complexity, and timeline involved in the contract’s lifecycle. Assembling and negotiating company approved terms and conditions of contracts manually is cumbersome, error-prone, and can create significant financial and operating risk. The introduction of Contract Management software solutions has progressed over the last 15 years to the point that adoption in large enterprises has become an imperative for legal and operational executives to control costs and enhance revenue cycles.

When it comes to contracts, enterprises today rely on Contract Lifecycle Management (CLM) software to ensure that all the steps of a contract’s lifecycle are approved and timely completed. This helps to avert the potential exposure to risk of policy omissions, noncompliant terms, and unnecessary costly delays. CLM software is essential for a company to streamline its workflows and enhance its bottom-line.

Founded in 1986, NYC-based Ecteon is one of the nation’s leading Contract Lifecycle

Management (CLM) software companies. Richard Eckerstrom (CEO) initially established the company with a vision of Ecteon being the leader in entertainment industry consulting.

Ecteon’s very first customer, CBS Records, revealed to Ecteon the complexities involved in contract management as it explored automation for managing contracts of some of the biggest names in entertainment and music industry. It was during this early phase that the company discovered that the patchwork composition of contracts decreased operational efficiency and put companies at significant risk.

Seeking to upgrade the manner in which contracts were assembled, negotiated, stored and updated, Ecteon set out to create enterprise-wide, integrated software to enhance customer’s legacy administrative contract processes. The company worked closely with some of the largest entertainment companies including Sony, Universal, and Warner Bros.

In its first decade, Ecteon focused all its resources to build custom contract management software solutions for Fortune 500 clients, focusing mainly on the entertainment industry. It evolved from being a server-based platform to client server to today’s browser-based platform as customer demands changed with technology. Ecteon’s ability to build software to manage complex contracting practices helped them stand out in the industry as it became a leader and one of the most trusted CLM providers in this emerging software sector.

Over time, businesses changed with the evolution of technology. The major shift from customized re-programming to configure-to-policy software gave Ecteon the opportunity to expand to other industries beyond the entertainment industry.

Today, Ecteon serves many industries including healthcare, entertainment, energy, higher education, banking, pharmaceutical, and insurance, among others. Ecteon serves more than 100 clients who are primarily located in the US,

Canada and the UK. Its customer base is divided among small, midsize, and large organizations with typical annual revenue ranging from $50 million to $100 billion.

Ecteon offers on-premises and SaaS delivery models with the same leading product, Contraxx, which has grown out of 30 years of client experiences and feedback. It can manage complex contracting processes in integrated enterprise environments where complex operations include multiple legal entities, multistate operations and contract types, and highly differentiated process flows. Moreover, Ecteon Contraxx provides businesses with differentiated solutions based on their specific industry and company practices.

In 2019, Ecteon announced the latest update to Contraxx. Contraxx V9.0 was released with some easy-to-use administrative support enhancements, additionally including updated dashboards, eSignature integrations and security upgrades. The announcement was made at

the International Association for Contract & Commercial Management (IACCM) Americas Conference 2019.For 2020, Ecteon has launched a new artificial intelligence language module called Exxtractor. It is assisting contract managers in a variety of business use-cases including contract negotiation by tracking and alerting the negotiating principal of company policy preferred, acceptable and unacceptable contract language.

Recognized as a leader in Contract Management

2019 was a banner year for Ecteon as its innovations brought it recognitions from several leading market analysts, including Gartner’s recognition in their “Market Guide for Contract Life Cycle Management.” Ecteon was one of the 19 selected companies in the Market Guide. Close on the heels of the recognition from Gartner came yet other recognitions from Business-Software.com which identified Ecteon as an innovative Top 10 CLM leader in Contract Lifecycle Management, and an Award from The Silicon Review identifying Ecteon as One of the Top “50 Most Trustworthy Companies of the Year 2019.”

The Improvements in Contraxx V9.0

Ecteon offers on-premises and SaaS delivery models with the same leading product, Contraxx, which has grown out of 30 years of client experiences and feedback.

He founded Ecteon in 1986. The founder envisioned the company as a leader in entertainment industry consulting. This led to key engagements with companies such as Warner Bros. Bertelsmann, Universal and Sony. Before Ecteon, he worked in corporate finance, strategic planning, software marketing, and new product development. He holds an A.B. from Yale University and an MBA from Columbia University.

“Ecteon is committed to continue to innovate with technology that meets the ever-changing functional requirements of CLM software users, and as such we’re proud to be recognized for this recognition in CIO Bulletin’s selection of emerging companies to watch.”