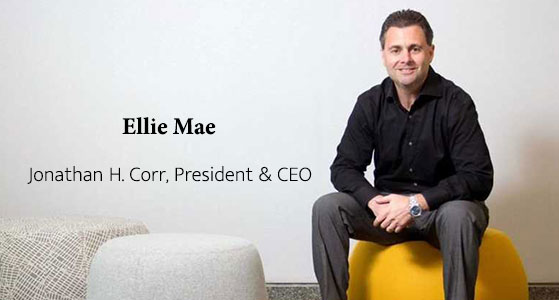 Ellie Mae provides the best cloud-based platform exclusively for the mortgage finance industry. Through Ellie Mae’s technology, organisations can get more loans, minimal origination costs, and less time to close, along with getting uncompromised levels of compliance, quality, and effectiveness.

Solutions at its best

The mortgage industry is encountering many challenges with regards to the ever changing interest rates, fewer borrowers, and low inventory. Customer acquisition has become so competitive that it has also become too expensive as borrowers demand digital engagement.

Succeeding in this environment comes down to creating interest, engaging leads and referrals, and converting 100% of opportunities into mortgages…seamlessly. Lenders who employ innovative technology to meet these objectives will thrive. Ellie Mae Consumer Engagement delivers the software, services, and support you need to turn leads into mortgages, and prospective borrowers into customers for life.

Lenders can develop and personalize an online experience which helps borrowers quickly finish applications, offer and receive information, order services, and have a stronger connection with your company.

This is a mortgage-focused sales and marketing solution that allows lenders to leverage automated one-to-one marketing capabilities to capture and convert more leads, foster better referral relationships, and stay compliant.

All the power you need to escalate revenue, better the performance, and optimize sales engagement.

AmeriHome’s previous LOS platform had some limitations such as flexibility, design, stability, and partnership/support. There was very less dependence on system so, they had to completely depend on the vendor for any alteration.

“We looked for a partner who could facilitate a complete platform change. With a business scale of 12,000 to 15,000 units per month, this was like changing the tires on an 18 wheeler at full speed. We decided on Ellie Mae once we saw that they had the infrastructure, scale, talent, and vision to help us overcome the challenges we faced.”

AmeriHome utilized the Encompass business rules functionality and overall flexibility to automate their review process. This contributed to a 14% average increase in production, and as an indirect benefit, significantly reduced IT and Business Support time in troubleshooting issues.

Columbus Capital was looking to reduce loan closing timelines, in the wake of new regulatory demands. Ellie Mae worked to support the company’s growth and streamline the entire loan process.

“Automation is the key to success and efficiency. The quicker you close a loan, the more people you can get into homes. Encompass is extremely powerful; it has the ability to do anything you desire.”

With the help of Encompass, Columbus Capital was reaching heights significantly. They developed personalized rules within the platform to assure that their loans were the best and fulfilled the regulations.

Ellie Mae is in news for..

It was easier to get a jumbo mortgage in June this year than it has been in any month since 2011, according to a new report from the Mortgage Bankers Association.

The report depicts that overall credit availability escalated slightly in June, meaning to say, credit became easier to obtain in June in comparison to May.

And while most categories saw slight increases, the availability of jumbo mortgage credit increased for the sixth straight month, rising to its highest level since 2011.

“Credit availability has generally increased in 2019 as lenders have worked to meet affordability challenges,” Kan continued. “Because mortgage rates have recently fallen and home price growth has decelerated in many markets, credit availability may stabilize at its current levels.”

According to the MBA report, the overall MCAI rose 0.2% to 189.8 in June. A decline in the MCAI shows that lending standards are tightening, while increases in the index shows the opposite.

Jonathan Corr has served as Ellie’s Chief Executive Officer since February 2015 and president since February 2013. Earlier, Mr. Corr worked as chief operating officer from November 2011 to February 2015, executive vice president and chief strategy officer from November 2009 to November 2011, as chief strategy officer from August 2005 to November 2009 and as the Company’s senior vice president of product management from October 2002 to August 2005. Prior to joining the Company, Mr. Corr served in executive and management positions at PeopleSoft, Inc., Netscape Communications Corporation and Kana/Broadbase Software/Rubric, a number of software companies that combined through acquisition. He holds a Bachelor of Science in Engineering from Columbia University and a Masters in Business Administration from Stanford University.

“We serve our lenders to help them navigate changing regulations, complex workflows, and thinning margins in order to close loans quickly, maximize profit, and stand out in a crowded and competitive marketplace.”