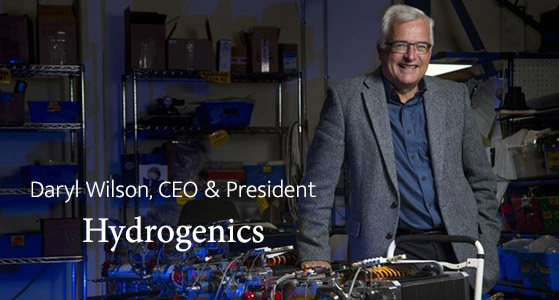 The world is undergoing a major change as we continue to tackle the global climate problem and as the new technologies emerge. We are now constantly on the search for alternative fuels and more sustainable solutions in every field including transportation, waste management, and agriculture. The push for renewable tech has driven up the demand for new cleaner technologies too. But the energy sector isn’t the only sector that is being impacted by cleantech. The emerging industry is disrupting multiple sectors and creating new opportunities. It is obvious that cleantech is the way forward.

A Mississauga, Ontario-based company has been pushing the envelope in the cleantech space since 1995. The company has been continuously innovating for over 24 years now, focusing on the hydrogen industry. They have been helping provide their customers with leading technologies in the energy storage, hydrogen fueling, industrial hydrogen, and heavy-duty mobility industries.

Hydrogenics today has manufacturing facilities in Canada, Germany, Belgium and the United States, and several sales offices in many countries across the world. The company has so far delivered over 2000 products and hydrogen installations to over 100 countries all over the globe.

Despite all the success from its groundbreaking technology, Hydrogenics believes it is, in fact, the human element – the people, engineers, experts – which pushes the company to keep innovating to accelerate the power shift for a cleaner energy future.

It is a common known fact that Hydrogen is the oldest element in the universe. But hydrogen does not exist as a natural resource. It is found as a compound like water and can be extracted from water using the process of electrolysis to produce energy. The only byproduct of this process is water which makes it a truly clean technology.

Best Power-To-Gas system in the world

There is a certain problem with renewable energy sources like wind and solar energy grids. As the winds die down and rise up over the course of a day and the solar energy fluctuates due to climatic conditions, there is instability in the amount of electricity that is being produced every day. For instance, when the winds pick up in the evening we require the electricity is lesser amounts as we head back home. So, the grid ends up having excess energy which it struggles to store. But with Hydrogenics’ Power-to-Gas solution the excess electricity can be absorbed by a plant which can convert it into hydrogen. This hydrogen can be later to power transportation or even natural gas pipeline networks. The company has delivered more than 25 megawatts of energy storage capacity using its Power-to-Gas expertise.

In September 2019, Hydrogenics became a subsidiary of Cummins Inc. The latter company bought all the outstanding shares at $15.00 per share, representing the enterprise value of approximately $290 million. Air Liquide owns approximately 19% of the company while Cummins maintains 81% ownership.

Tom Linebarger, Chairman and CEO, Cummins Inc. says “Hydrogenics is one the world’s premier fuel cell and hydrogen production technologies providers and their expertise and innovative approach will strengthen Cummins’ fuel cell capabilities. This is another step forward as we continue to invest in a broad range of clean, fuel-efficient and high-performing products and technologies that deliver value to our customers.”

Mr. Wilson is the visionary leader of Hydrogenics. He has been at the helm of the company since 2006. Prior to Hydrogenics, he was the Director at ATS Automation. He has also served Royal Group Technologies at the capacity of SVP and he was the Vice President of Manufacturing at Toyota Motors Canada. He has held other senior leadership positions at Dofasco and Zenon Environmental.

He has a MBS in Operations Management from McMaster University. He did his bachelor’s degree in Chemical Engineering from the University of Toronto.

“Hydrogenics has the technologies and products to allow data centers to protect their data and telecom towers to run when the power goes out.”

“We have 70 years of experience designing, manufacturing, building and installing hydrogen systems.”

“Our core principles of teamwork, accountability, customer-orientation, health and safety, and continuous improvement have built a collaborative and exciting corporate culture.”