Make your Application Impenetrable with Virsec 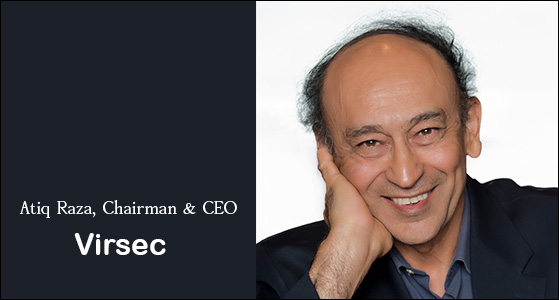 Make your Application Impenetrable with Virsec

This is where Virsec comes in. The virtual and cloud-based platform from Virsec gets your business moving faster. The company can virtually terminate even the possibility of a data breach happening to your business application. At Virsec, cybersecurity is at a whole new level. It doesnâ€™t matter which sophistication or approach you have in protecting applications, Virsec plugs the hole created by todayâ€™s application security technologies.

The company runs on a mission keeping in mind that security technology isnâ€™t what it used to be. However, the unfortunate scenario is that security hasnâ€™t kept up with the rapid shift to the virtual infrastructure. Disappearing network boundaries and hackers with advanced knowledge are gaining easy access to exploit various application weaknesses. Attacks are coming from file-less and memory-based attacks. â€œAt Virsec, we believe that a new approach is required to counter todayâ€™s threats,â€ notes the Chairman and CEO, Atiq Raza.

Precision is an important factor that makes Virsec stand apart. It goes beyond the usual old way of guessing what attack is coming next and precisely pinpoints the threats right at the source within the applications. â€œOur platform maps correct application behavior, and instantly detects and blocks deviations caused by attacks,â€ explains Mr. Raza.

And the result from this deterministic approach? Virsec is able to stop threats in real-time and at the same time it delivers unprecedented accuracy, without any false positives. Patched or un-patched, Virsec protects any application across a full-stack from web threats to binary memory-based attacks.

The Talented Team behind Virsec

At Virsec, the team consists of experts and professionals leading from various backgrounds and fields. There are people coming with experience from network security, real-time memory systems, semi-conductors, and embedded systems. Moreover, the people here have worked and held leadership positions with tech giants like Palo Alto Networks, Websense, AMD, Juniper, Cisco, NextGen, BMC Software, and Dell. The list goes on as it includes many other high-growth and successful start-up organizations.

Here are some of the pointers that Virsec has for you:

Is your Application doing the right thing? Ensure that it is!

Applications need to detect a threat or deviations caused by an attack immediately. Virsec understands this. However, instead of chasing some elusive threats, Virsec has the capability to really see whatâ€™s going on. The security firm can pinpoint an actual threat across a full stack of application. Be it on the web or in the memory, Virsec has got your back.

Pinpoint the Attacks. And Eliminate any False Positives

With Virsec, you can completely eliminate the guesswork when it comes to the security of your applications. â€œWith deep context, code, process and memory awareness, Virsec precisely detects real attacks so you can take action with confidence and stop burning cycles chasing false alarms,â€ explains Mr. Raza.

There are flaws everywhere. It may be near to impossible to find a perfect code or a network or even a chip that doesnâ€™t have flaw in it, big or small. With Virsec, you are promised to an effective security in the real world. Virsec delivers this promise by virtually patching applications. The platform or your operating system doesnâ€™t matter, Virsec ensures that thereâ€™s proper execution.

The Leading Force of Virsec

â€œVirsecâ€™s solution is built on a patented ability to create AppMAPS of interpreted web applications and the underlying binaries that run the applications.â€

â€œRegardless of your sophistication or approach in protecting applications, Virsec can take your cybersecurity strategy to the next level by plugging the hole left by todayâ€™s Application Security technologies.â€