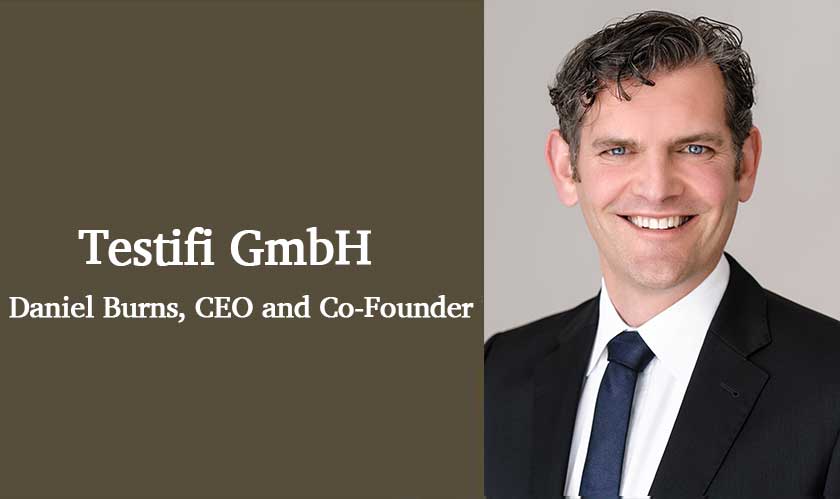 Testifi GmbH Test Everything, All the Time

“We are special because of our experience, and our approach of using developers in delivering test automation.”

Digitization is the current mega-trend worldwide. It is being said that it will account for $19.5 trillion next year, approximately 25% of the world’s GDP. This means that pretty much every enterprise company in the world will be a part of this revolution, regardless of the industry, tech and geography. With digitization comes the challenge of software delivery.

Software delivery accounts for 40% of the entire IT project budget world over. Although there are many alternatives out there but no one provides a viable holistic solution to this than Munich-based Testifi GmbH. Moreover, the company is known for not just its testing prowess but also for full DevOps transformation.

Every company has its roots in its founder’s back story. Testifi isn’t any different in this sense. The company’s journey runs parallel to its co-founder Daniel Burns’ career in software testing. Being a seasoned individual in the field of testing, Daniel had worked in many projects. But the idea of Testifi was borne when he was working on a project in 2011.

This particular project was dubbed to be the biggest agile project in Europe at the time. Daniel was asked to deliver an Agile Test Concept. So, he wanted to integrate Full Automation including test, build, and continuous integration. But his proposal was turned down. The project as a result cost a lot of money and had no consistency, coherence and brought about a lot of wastage. People were billing as much as 16 hours a day to deliver just a line of code on an average. The project though gave Daniel the drive to offer something better.

In 2015, he was called to BMW to work on a project. This is where he met Henning Luther (CTO and Co-Founder of Testifi). Together, they worked to deliver TAF, a test automation framework with more than 5000 test cases. In the process, they came to understand Test Automation intimately at BMW. But they discovered that even at a world-renowned company like BMW, Test Automation was immature. They inferred from their experience that the delivery of code was slow and it was a problem. But they felt that the problem was endemic across the industry because software development was fragmented and inefficient.

Daniel and Henning together founded Testifi in 2017 solve this issue. They began their work by freelancing via the company. Testifi went live as a concept in 2019 and started working with BMW. In July 2019, Vodafone became the second customer of the company. As they say, rest is history.

One Stop Shop for

Testifi is based out of Munich.  Its Deep Tech expertise has enabled companies to deliver fully qualified, secure, production ready code from development to production within an hour. That is a significant improvement considering that a typical enterprise conventionally has 4-6 month release cycles. They drive such optimization through automation and integration.

Testifi GmbH achieves this through its core area of expertise- automation testing. Test automation is a big part of the process. The company also has the tools to optimize the rest of the software delivery

Test Automation has been tried and failed in many projects. Hence, there are those who go the traditional way when it comes to testing. But Testifi’s solution directly addresses the problems with the failed projects. The company believes that the tests must be easy to create, maintain and understand. They stick to the principles of clean code and abstraction. As a result, all the complexity of the system is hidden behind a simplified XML syntax which is supported with IDE plugins.

The company is currently developing a web-based GUI. They are also implementing a comprehensive video-based Micro-learning Learning Management System which will help facilitate the necessary dissemination of knowledge and speed up the process of enablement within an organization.

Testifi has also built its own platform from scratch. It consists of two primary tools: CAST- Complete Automated System Test and PITStop- Project Integration Tool. Although the platform has been migrated into the AWS Cloud, it can also be deployed on demand to local systems. “We practice what we preach and our entire codebase takes 5 minutes to build, deploy, test, and release,” says Burns.

The solution from Testifi is something that is desperately needed by Enterprise Application as it accounts for 40% of the Software Development Lifecycle. But the catch is that if you don’t pay for this 40%, you might just end up paying over 80% due to the defects, delays and massive inefficiencies.

Testifi is quintessentially the one stop shop for test automation. Their product has satisfied the requirements of its clients ever since the company’s establishment. “We are special because of our experience, and our approach of using developers in delivering test automation,” says the Co-Founder.

The Road Map Ahead

Testifi has ambitious goals as it welcomes in 2020. To begin with, the company is looking to clock in $5 million in revenue. The Munich-based company is looking to focus much more on its services (as much as 75%) and less on its products (25%) this year. The company further plans to expand to the Muc area, Romania, and London by the end of 2020.

Looking ahead, Testifi has set a big target for the end of 2025. It plans to grow its revenue to $50 million by then. The company for that period will mainly refocus to push its products more than its services. Testifi is looking forward to become a family of over 100 as it eyes a major European expansion by the end of 2025. The company aims to deliver 75% of its services instantaneously through its platform in this duration.

A large e-commerce platform was going to integrate a plugin for payment which was provided to it by a 3rd party. But before putting forth the plugin for the consumers, it needed to be tested for all the major shopping carts including Magento, WooCommerce, JTL and many more. The predominantly manual test execution of the plugin earlier had resulted in a poor quality solution. Many merchants left the platform due to the poor quality.

When Testifi came onboard, it deployed a standard test suite with 15 basic tests. Tests were adapted for each shopping cart plugin combination. A pipeline was created with a dedicated container to build, test, and deploy.

Once, the tests were completed the container was decommissioned. But during the testing, multiple configurations for each shopping cart were tested. There was a massive parallel execution in 70 different containers. This brought the total execution time down to 10 minutes.

- Continuous testing concept that is automatically triggered for each new deployment

He is one of the foremost names in Testing. Prior to co-founding Testifi GmbH, he was the Agile Test and Deployment Manager of BMW Group. He has also served Giesecke & Devrient GmbH as its Test and Integration Manager. He has in his long career also worked with the likes of GE Capital, Citibank, Wirecard AG, KBL, and First Direct. 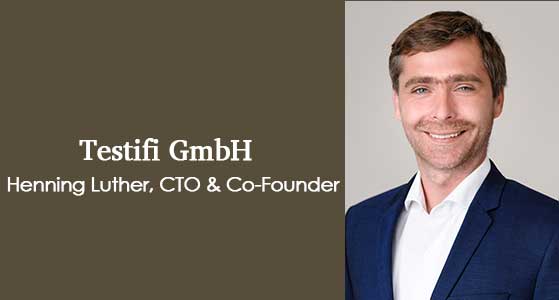 Henning Luther co-founded Testifi with Daniel Burns in 2017. He has over 20 years of experience as a Java Developer and is known for his expertise in continuous integration and delivery.

He has a Diploma in Informatik.

"We practice what we preach and our entire codebase takes 5 minutes to build, deploy, test, and release.”

“The solution from Testifi is something that is desperately needed by Enterprise Application as it accounts for 40% of the Software Development Lifecycle.”