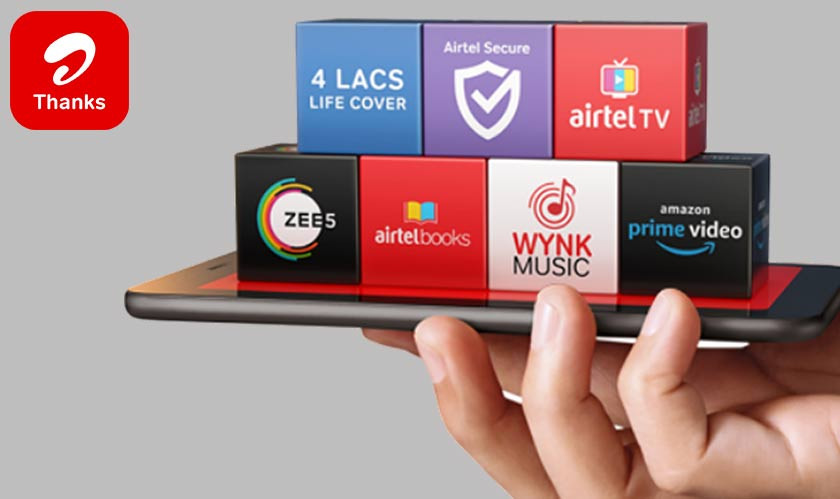 Airtel has launched a new service enabling users to purchase OTT subscriptions directly from the” Airtel Thanks” store. As we know there many OTT platforms in India like Netflix, Amazon, ZEE5, Sony LIV, Disney+Hotstar, etc. Netflix and Amazon are still bundled with the premium plans coming from Airtel. Earlier, the Zee5 premium was also included in the Platinum membership of Airtel Thanks. But now the benefit has been recalled altogether. However, Airtel has planned to sell the ZEE5 premium membership separately via its digital store. Now you can buy the ZEE5 plan separately since you don’t get the subscription in the mobile plan.

This is different from Jio’s strategy. Earlier last month, Jio announced its premium JIO TV+ plan which allows users to buy a single subscription of JIO TV+ and it enables them to watch all the major OTT contents like, Netflix, Amazon, Hotstar, ZEE5, SONY LIV, etc. JIOTV+ seems to be a more holistic approach.

It looks like Airtel wants to make the marketplace bigger by including other useful services too. It has included an app called, ‘Testbook’, which helps you prepare for government exams. Normally its subscription costs Rs 200 per month, but with the Digital Store, its subscription will cost only Rs 149. With these useful subscriptions, we can see a better catalog of apps and services from Airtel Thanks in the future.