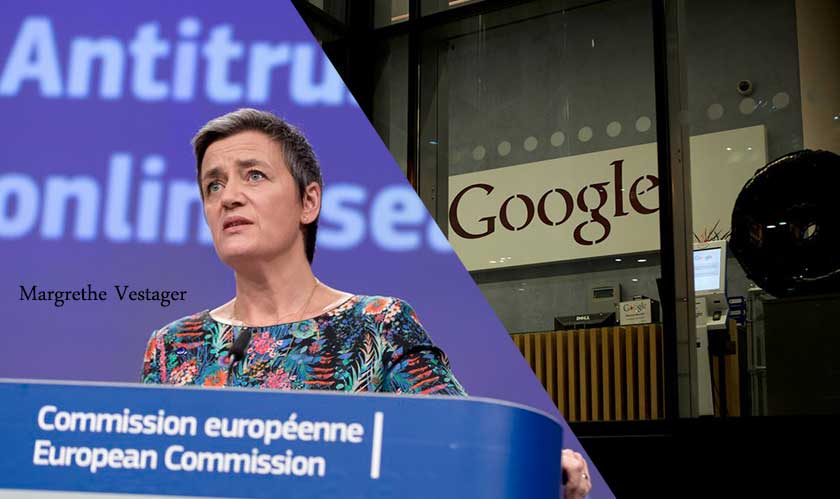 Google is getting slammed again by the European Union over antitrust violations in the online advertising market. The tech giant was fined with 1.5 billion Euros, and it is the third time since its confrontation with the EU began in 2017. The EU antitrust commissioner Margrethe Vestager said that Google had abused its power in the market to force its AdSense business customers to sign contracts stating they would not accept advertising from rival search engines.

Google is still appealing the previous two penalties imposed by the EU for having abused its market dominance in the mobile market, and one for manipulating shopping search results. And regarding the policy that is currently under, scrutiny had let companies like retailers and newspapers place a Google Search box on their website. In other words, Google was selling its AdSense for Search product to its customers. The box, when clicked, showed the visitors some ads using which Google and website owners equally generated revenue.

Even though the contracts prevented customers from adding rival search engines on their site, it was later revised to include the latter but with one condition – Google always wanted their Search Engine to be more prominently advertised. However, the company removed these terms altogether, when the EU announced its case in 2016.

EU Competition Commissioner Margrethe Vestager said that since the first case against Google, the tech giant had brought in some changes with regards to the shopping search results which in turn “increased the visibility of rivals from 6 percent of search results to 40 percent.” Also, in response to the antitrust case made against Android, Vestager said, rather than pre-installing Google’s own services, the company “has decided this week to give users a choice about the browser and search engine they use on their phones.”