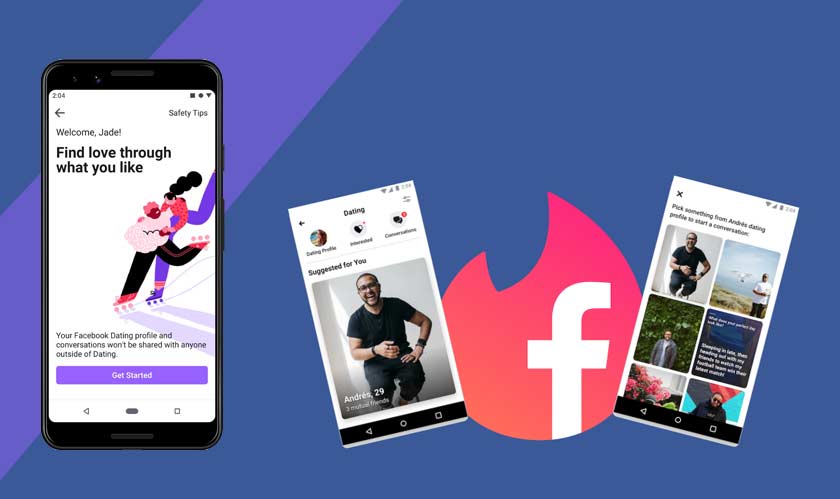 Facebook had planned the release of its dating app on Valentine’s Day this year in Europe but the plan failed to take off as the company failed to demonstrate that it had performed a legal assessment of privacy risks.

The social media giant had revealed its ideas about a dating app about two years ago in May 2018 in an attempt to trail behind the trending dating app Tinder. Later the company tested the product in Colombia after a few months and over time added it to more countries in South America and Asia.

Facebook had launched the dating service in the U.S last year and during the U.S launch; the company had said that it would be arriving in Europe by 2020. But unfortunately, it seems that they didn’t quite think about the EU privacy regulator despite multiple investigations being carried out on Facebook-owned products.

Currently, the Facebook Dating app is available in more than 20 countries around the world. The mobile app takes data from your existing Facebook account to easily create a dating profile and it is possible to integrate photos from your Instagram account too. Further, you can match with potential dates from your friends of friends or simply opt to meet people outside of your network.

In response to the issue, Facebook stated that it is “taking a bit more time to make sure the product is ready for the European market.” Also, the company stated that it has completed the required data privacy assessment and has shared it with the regulator.