Oculus Quest is Facebook's best and last VR product for $399 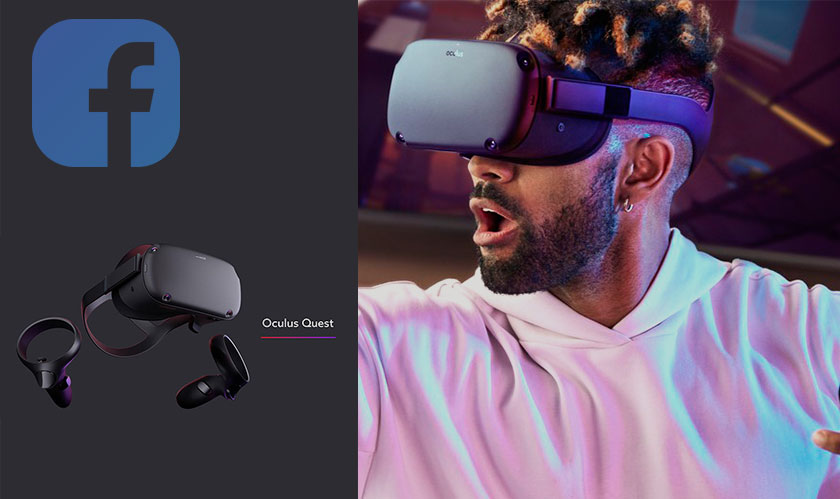 Facebook’s newly-announced Oculus Quest VR system is the company’s most balanced consumer device. Quest will be released in the spring of 2019 for $399. Quest is also the last in the first generation of Oculus VR headsets.

Oculus Quest is Facebook’s first wireless hardware to include positional tracking in both its headset and the dual hand controllers. The standalone VR device will ship with 50 plus games exclusively built for it. Oculus Quest, which is far less caged by its limitations, has a lot to offer including the built-in computing and battery components. Oculus Quest has built-in audio, 64GB of storage, and a 1600x1440 per eye display resolution.

The four wide-angle cameras on the front of the device will track your location without the help of any external sensors. Quest offers full-positional tracking which utilizes the “inside-out tracking” to understand where a player is standing, crouching or leaning. And for more accurate movement within a virtual environment, it allows “six degrees of freedom.”

The mobile device, Quest, was developed by balancing some of the game-play capabilities of the Rift with the simplicity of the Oculus Go. Also, the full-positional tracking system in Quest greatly cuts down the chances of motion sickness that haunted the Go headsets.

“Oculus Go remains the easiest and most affordable way to get into VR, while Oculus Rift leverages the power of your PC to push the limits of what’s possible… Oculus Quest, we’re now able to combine the best of both worlds… welcoming more people into the VR community,” said Zuckerberg, during the announcement.