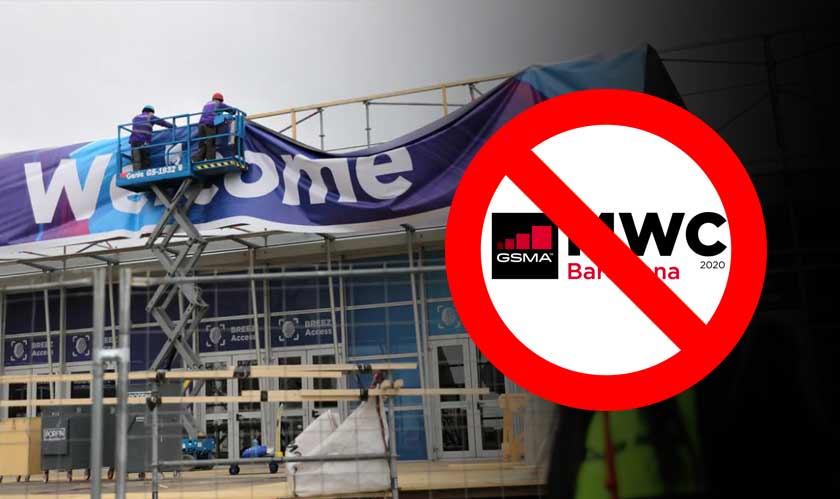 The Mobile World Congress (MWC 2020) was called off by the GSMA association last night over the fear of Coronavirus outbreak. The GSMA organises this technology event annually in Barcelona, Spain which attracts over 100,000 people and generates more than $500 million in revenue.

MWC started back in 1987 but since 2006 the MWC has been hosted at Barcelona. The event also generates annual part time work for the locals.

Major tech companies based in China had started withdrawing from the event since last week. Ericsson was the first major vendor which announced its withdrawal from the event. Later as the trend continued, the major vendors and operators like Amazon, Nokia, HMD Global, NTT DoCoMo, AWS, Nvidia, Vivo, Cisco, Orange Sony, Ericsson, and LG backed out too. Even companies like Huawei and Samsung had announced their reduced presence. Media houses too were reluctant to send their crew to cover the MWC 2020 event.

This made GSMA reconsider organising this massive event. In an official statement to Bloomberg, GSMA CEO John Hoffman told it makes it impossible to hold the event. On 12 February 2020, he finally announced that the event has been cancelled due to the ongoing coronavirus outbreak.