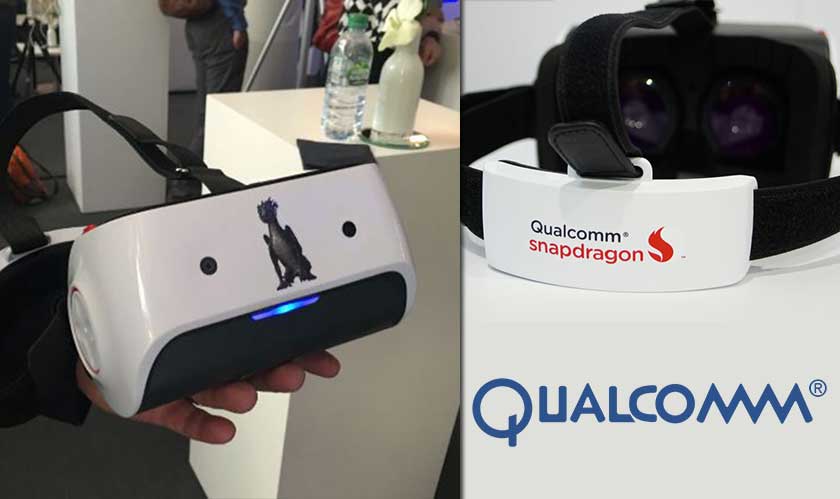 The upcoming Game Developer’s Conference will showcase a lot of gadgets. Here’s one from Qualcomm: a standalone mobile headset that can connect to PCs wirelessly. The first of its kind, these wireless VR headsets might hit stores in Asia later this year.

Most of the mobile VR headsets don’t let you plug into your PC for a connection to additional VR gaming libraries. But Qualcomm is venturing out into a different possibility with its design of ‘Boundless XR.’ These VR headsets feature six degrees of freedom, including linking PC for PC VR gaming through a 60 GHz connection. Of course, they are powered by Qualcomm Snapdragon 845 processors.

Connecting a VR headset to a PC- wireless is a big deal because it’s capable of processing VR tech even while connected to a PC. This means it can free up some processing power in your PC. Of course, the PC should support 802.11ad Wi-Fi with Qualcomm software.

So far, Qualcomm’s previous VR designs were adopted by companies like Lenovo, HTC, and Facebook. Most of the other companies have their own designs or stick with just phones and tablets. There are already new takers for the latest headset. A Chinese company- Pico VR will adopt this design for its Pico Neo2 VR headset. Who knows, Qualcomm might have just simplified VR altogether!