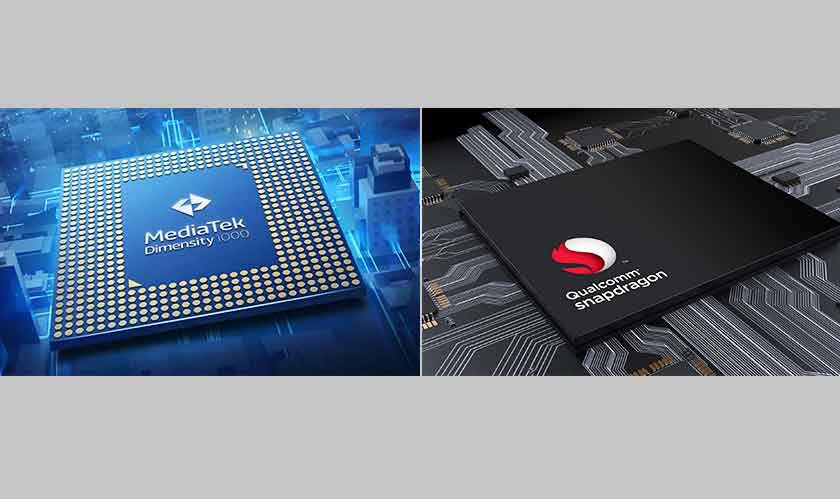 According to research conducted by an investment bank, the future roadmap of SoCs from Qualcomm and MediaTek has been leaked.

It also gives us hint that there may be no Snapdragon 875 this year due to the current COVID pandemic hitting the supply chains. We already know that Google Pixel, Apple’s iPhones have been delayed due to the supply chain issues. Qualcomm generally announces its Flagship Processors in events in December, since years. It looks like the schedule may also be postponed to the first quarter with no Snapdragon 875 and instead jumping on to the “G” version.

The roadmap reveals, Qualcomm will also release a midrange Snapdragon 662 and a budget chipset Snapdragon 460 in Q4 of 2020. It will be interesting to see if Qualcomm will implement 5G in at least the midranger this year.

MediaTek has also some interesting lineup in the pipeline. It will be releasing its Dimensity 600 based on 7nm in Q3 of this year. While in Q4 2020 we will see an entry-level Dimensity 400 based on the 6nm process from MediaTek. It will also release a 5nm based Flagship Chipset in Q2, 2021.