Stay Tuned changes the way of News on Snapchat 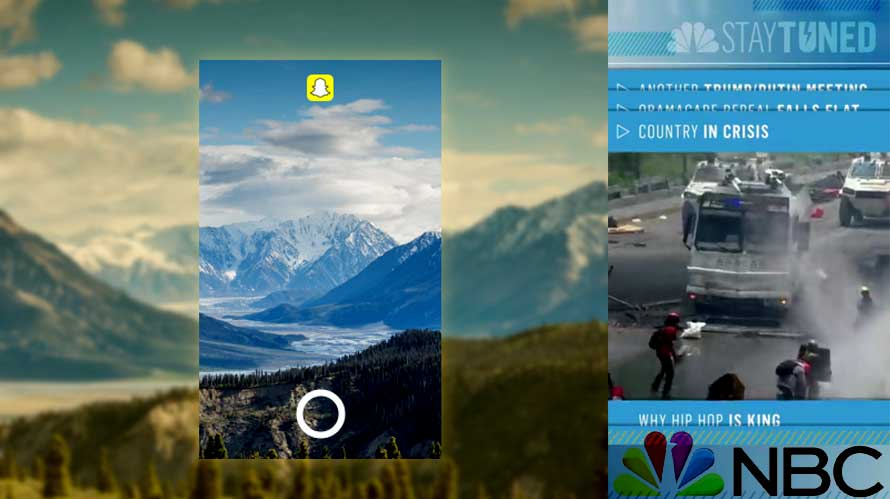 In the age of advanced technology, the way of delivering and receiving news is changing vastly. NBC News is going to broadcast news twice a day on Snapchat and it is called Stay Tuned. The news is mainly targeted toward millenials who longer view the traditional medium for getting their daily news.

Debaters have something new to discuss away from the constant debate of whether the print media will eventually die. Studies have found that the younger generation does not look for newspapers or connect with a trusted anchor during the routine nightly news broadcast.

Stay Tuned will be featuring the news in segments. The show will go on for about 2-3 minutes and will focus on about five segments. These segments will include the top national and international stories, along with politics, pop culture, a little bit of food and fashion and more. NBC says that instead of simply airing the news, the show aims to provide context and importance to what is being said. It is after all for the young ones.

“We’re assuming the audience is not necessarily attuned to every last coming and going with the news, but we’re also assuming that they have a real hunger for what’s going on in the world,” said Nick Ascheim, NBC’s News head of digital. The show is going to be hosted by NBC News correspondent Gadi Schwartz, who has contributed to Today Show, NBC Nightly News and more. The show will be aired twice at 7 AM and 4 PM ET.

The revenue from the advertisements that will air during the news broadcast will increase the growth for both Snapchat and NBC. This is the first time that news is going to be broadcasted on Snapchat. And also the first time for NBC News to broadcast on a social networking site. This may indeed be a first step toward a change in delivering news.