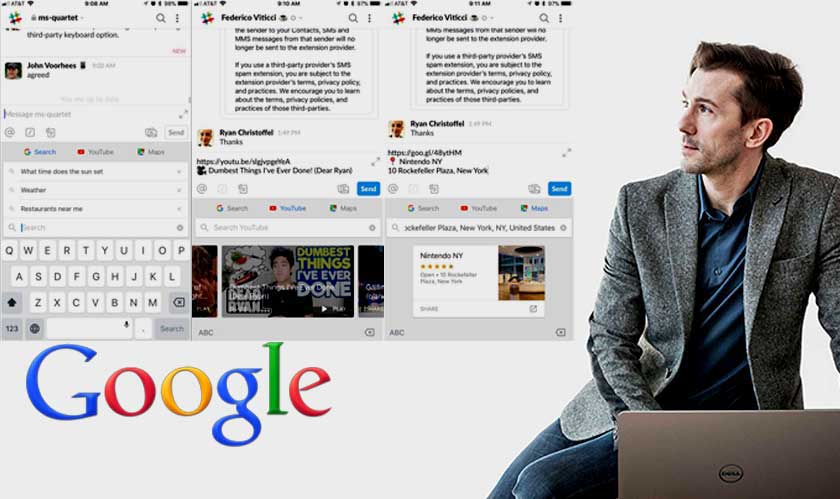 Google has released a new update for Gboard. Google Gboard is an integration of Google Search and other features right into a smart keyboard. The update comes with bag full of goodies with Maps and YouTube right on the keyboard.

Gboard was first launched on iOS last year. It came right in place when Facebook and others were launching their standalone apps instead of having to use a web browser. Gboard came in as a strategic point delivering Google Search right on your key board. From simply allowing users to check weather and flight timings, Gboard has come a long way now. Some of these changes include smarter phrases suggestions, translation, and GIF and emoji suggestions. Now add Maps and YouTube to that list!

In addition to Maps and YouTube, Gboard even launched a drawing feature for Android. The drawing feature allows users to actually draw an emoji. The Gboard will recognize this and return matching emojis which the users can use. This feature is similar to the Digital Touch feature on iMessage on iOS.

The new feature of integrating Maps and YouTube is iOS exclusive right now. As part of the iOS update, this feature will be available for installation through the App Store.