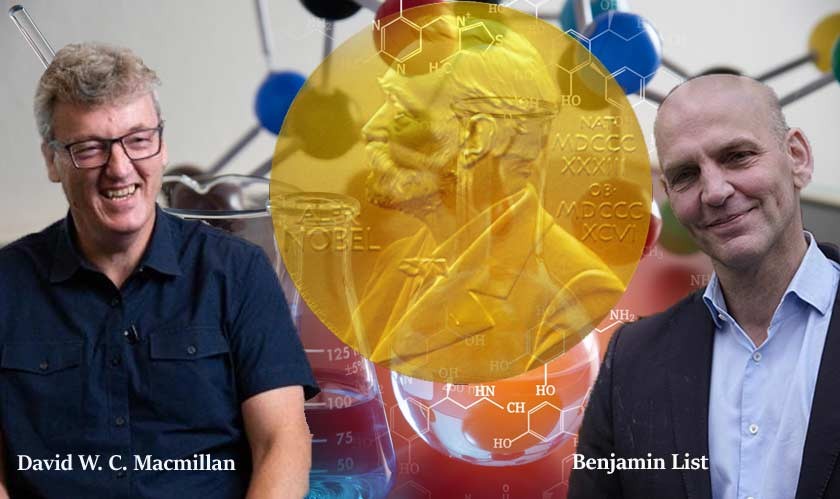 The Royal Swedish Academy of Sciences bestowed the 2021 Nobel Prize in Chemistry to two scientists who developed the process of ‘Organocatalysis’ independent of each other.

Many industries and research areas are dependent on chemists’ ability to build molecules that can store energy in batteries, form elastic and durable materials or inhibit the progression of diseases. This work requires ‘catalysts.’ Catalysts are substances that can control and or accelerate chemical reactions without becoming part of the final product. Catalysts are also present in our body as enzymes, which shape the molecules necessary for life.

Researchers and chemists long believed that there were only two types of catalysts available—metals and enzymes. Benjamin List and David MacMillan, in 2000 independent of each other, developed a third type of catalysis called asymmetric organocatalysis.