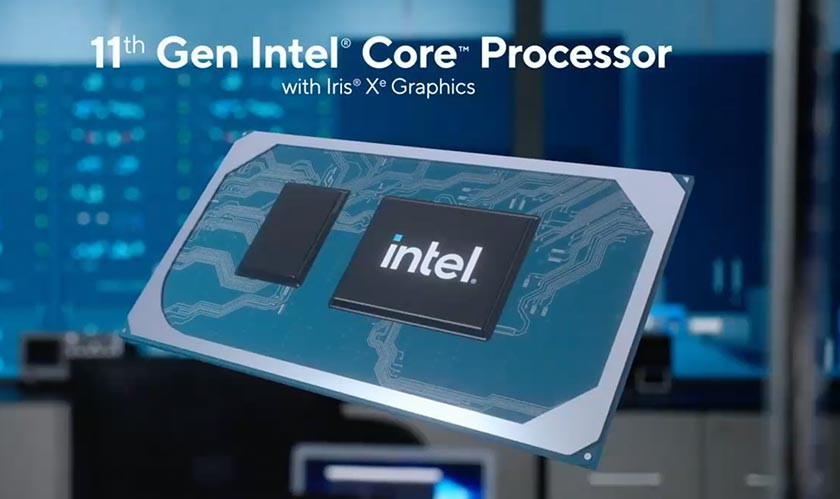 Intel just announced its latest 11th Gen Tiger Lake CPUs with improved graphics, focused on “Thin and light laptops”. Intel has been lagging behind AMD in terms of the manufacturing process but claims its refined 10 nm tech can beat AMD too in terms of performance. As reported earlier, Intel’s plan to launch CPUs with 7nm tech has been pushed to 2022. Launching, these Tiger Lake processors, Intel also redesigned its logo. The logo looks simple and cleaner.

Intel is focusing much on improving performance in AI-based tasks. It says the 11th-gen chips should be up to 20% faster for office productivity tasks, 2x faster for gaming while streaming, and 2.7x faster in content creation “in real-world workflows over competitive products.” Intel has introduced, “SuperFin” tech which allows the tiger lake processors to reach frequencies up to 4.8 GHz as compared to 4.0 GHz in the 10th gen models, with the same power consumption.

For the elite best-performing laptops, Intel has also announced “Intel Evo”. Laptops that earn the Evo badge must have a responsive operation while battery-powered, waking up from sleep in less than 1 second, 9 or more hours of ‘real-world’ battery life with a FHD display, and charging fast enough to provide four hours of use in under 30 minutes. Intel has 20 ultraportable laptops that will come with “Intel Evo”, including, Acer Swift 5, Asus Zenbook Flip S, Lenovo Yoga 9i, and Samsung Galaxy Book Flex 5G.