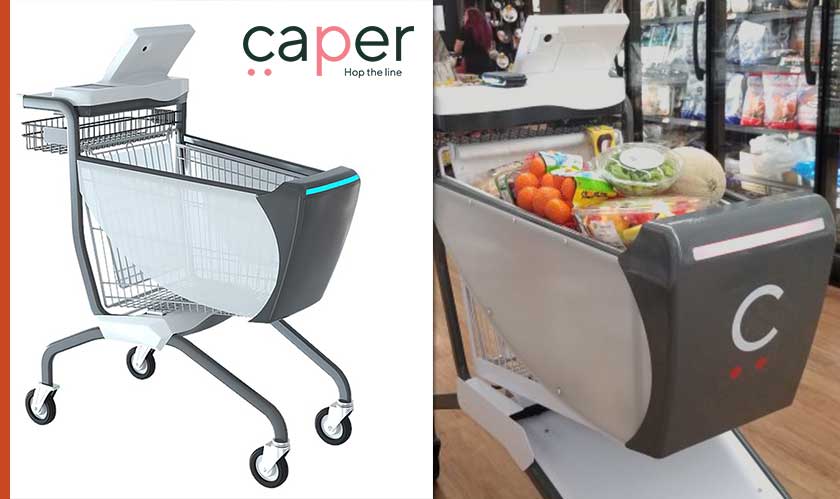 Microsoft - Kroger’s idea of ‘smart shopping’ is to let you use your smartphones to scan groceries as you shop. While this project is still underway, Caper Labs – a startup, has taken this idea a bit more seriously and unveiled a smart shopping cart with both scanning hardware and a payment terminal built directly into it.

The cart has a built-in barcode scanner and requires the shopper to scan each item, like a traditional checkout. However, the company plans to make the process a lot more seamless in the future with the help of weight sensors and three image recognition cameras built into the shopping cart.

It also has a card reader machine for making payments directly to the cart. Users can also pay using the Apple/Android Pay tap and their receipt is emailed to them. The cart has even got a small touchscreen to help you navigate across the store, and also for advertising relevant promotions. Eventually one day, even this could recommend purchases based on the item’s you’ve already put into your cart.

The company revealed that it has raised a total of $3 million, including a $2.15 million seed round led by First Round Capital and backed by Instacart co-founder Max Mullen, Plated co-founder Nick Taranto, and many others. Caper Labs also confirmed that its smart shopping carts are already being used by two retail stores in New York City – who claim have seen increased sales since the carts were launched.