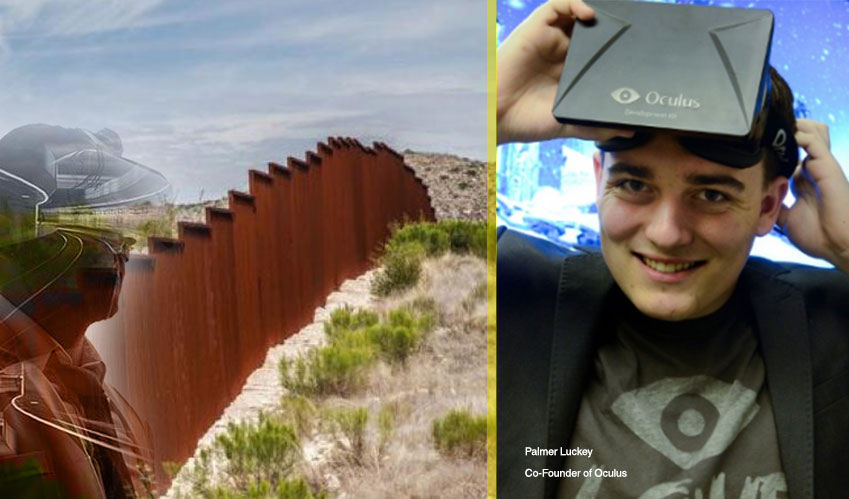 Palmer Luckey, Co-Founder of Oculus, proposes a new solution to the unrest US-Mexico border problem. The new solution, Lattice, which is underway, recommends a surveillance system that would survey the motion of potential border-crossers from up to two miles away.

Lattice – a blend of cameras, LIDAR, and infrared sensors – records data around the border which is then later analyzed by trained AI mechanisms. Lattice is Anduril’s invention – A company formed by Luckey, Joe Chen from Oculus and three other Palantir employees. Lattice is a deep learning implication that has been perfected by computer vision experts over the years. Lattice can easily replace the highly expensive zoom lenses and thermal detectors that other border security solutions have to offer, claims Luckey.

In a Lattice demo, author Stephen Levy with his Samsung Gear VR headsets was showed the live footages of the border. The system with its slimline precision will identify and even recognize the objects that well-crossed the lines. The system signals using bright green markings to easily locate intruders. The system is still being tested on a Texas rancher’s private land. In a ten-week span, the system helped border agents confiscate several pounds of marijuana including those involved in it.

DHS was the first to imagine a virtual border wall with its Security Border Initiative (SBInet) which was halted due to mismanagements at the federal level. However, this second attempt of Lattice’s seems to be fulfilling its duty already and hopefully will be deployed for the major population.