Locky is the â€˜simplest' home security solution, claims the company 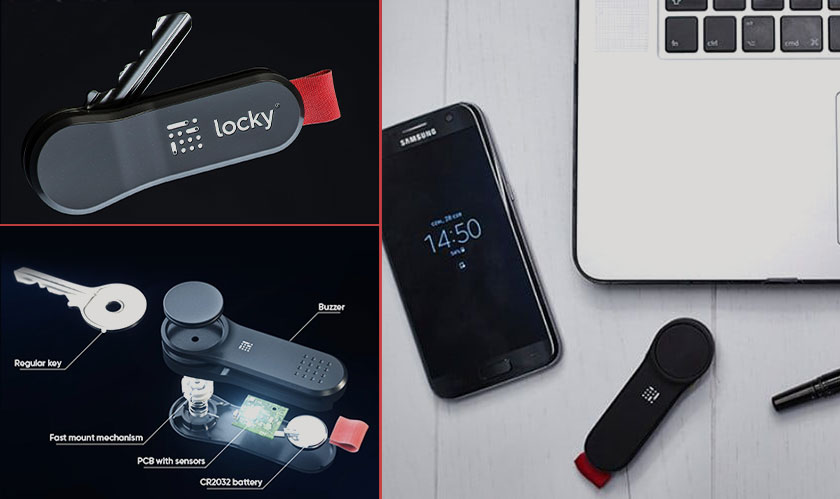 Locky gets your metal keys a ‘smarter’ upgrade. Locky is a simple and stylish key overlay that monitors the movements of your key instead of the lock, to secure your house. Locky combines the best features of both smart locks and key trackers. There is no risk of key getting hacked, because Locky, unlike other home security solutions, would not need you to replace your lock or virtualize your key for notifications.

It only takes a few super-easy steps to pair Locky with its dedicated app. After pairing, you can check your door status and other activities, anytime and anywhere. The Locky app sends notifications when the door is locked or left unlocked by your near or dear ones. The app can also be used to “call this locky” to locate it if lost.

Locky is designed to emit an audible signal to help you locate them, and also to alert you when you leave them hanging in the lock, in a rush. A Master Key System in Locky lets you open many doors with the same key, and the beacon technology allows it to recognize and track the status of every door it operates.

Locky runs a campaign on Kickstarter and the base units are priced at $55. The product bundled with three beacons to track multiple locks is offered for $84. Locky, a new company, which has already surpassed its $10,000 goal in the campaign run for its ‘smart key overlay,’ will start shipping the units in February.