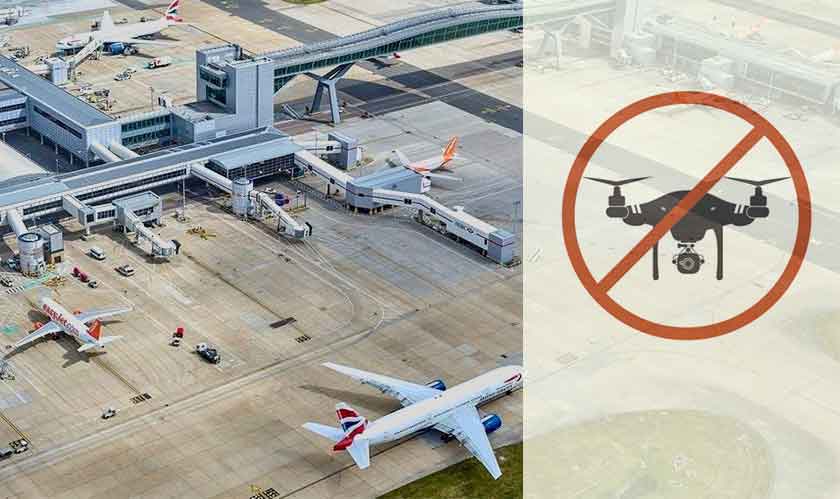 Late last year in December, two drones flying near the Gatwick International Airports had caused a two-day complete airport shut down. The airport has decided to invest in getting anti-drone technology to prevent such security scares from happening in the future.

Moreover, it isn’t just the Gatwick International Airport that is interested in getting the anti-drone systems; Heathrow too is keen on getting such equipment. The airports are reportedly spending millions to acquire and install these systems, being UK’s biggest airports.

The drama that unfolded between 19 and 21 December saw more than 140,000 passengers at the Gatwick International Airport affected. The military had to be called in because of the drone sightings over the course of two days. It is believed that the drones spotted were the Israeli-developed Drone Dome System that is capable of detecting and jamming communications.

The Sussex Police is still investigating the disruption. A spokesperson commenting on the investment said: “The safety of our passengers and colleagues remains our top priority. Working closely with relevant authorities including the Met police, we are constantly looking at the best technologies that help remove the threat of drones.”