As the tiff gets tougher, Qualcomm is ready to knock out Apple from its home country 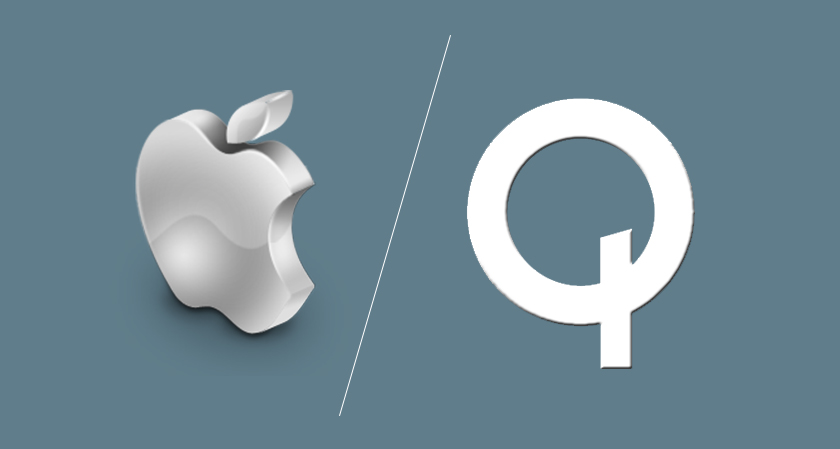 Probably now it’s a year old news that Apple and Qualcomm, both gigantic companies are trying to knock off each other in concern with “who-stole-who’s-technology” feud.

In a recent report, Qualcomm has given some serious thoughts on banning imports of iphones in to the U.S. territory after Apple decided to suspend royalty payments to Qualcomm. Qualcomm is thinking of asking International Trade Commission (ITC) to ban Apple and is hoping that ITC could attend the case sooner, which shall put Qualcomm in an upper hand against Apple. This is because all of the Apple products like iphones and ipads are manufactured in China, and Apple has to import its devices into the U.S to sell them in its native country.

But according to a narrow investigation, it has led to the fact that Qualcomm might not be expecting a full ban on Apple, but a miniature act on its FIR will help the company to buy some time so that it can ascend its arguments using multiple factors.

Each of the companies has filed lawsuit about patent licensing contract because obviously both are globally renowned companies and wants the matter to dissolve on their own way. Apple wants to pay less royalty to Qualcomm for using its chip; whereas Qualcomm is worried that if Apple wins the battle other smartphones might be following the same path of Apple and pay lower royalties to Qualcomm.