Nadella reiterates on Microsoft's responsibility to help the Army 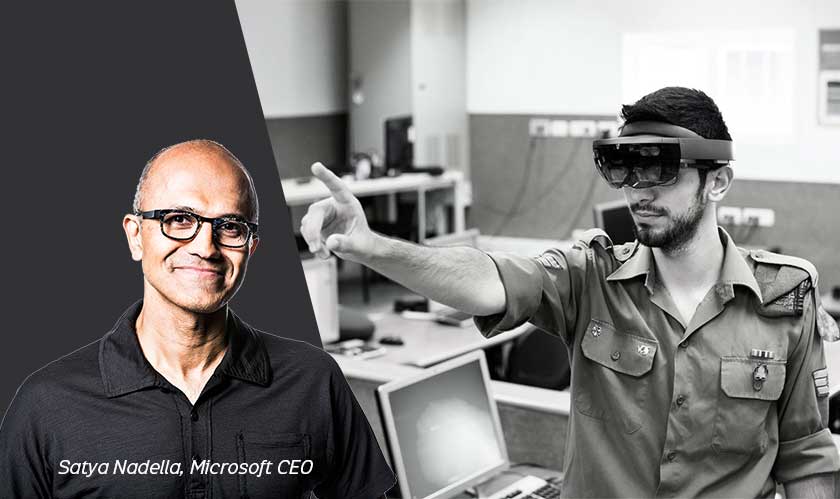 Microsoft CEO Satya Nadella defended the nearly half-a-billion U.S. Military contract and said that the company won’t stop the work on bringing the HoloLens augmented reality tech to the Army.

“We made a principled decision that we’re not going to withhold technology from institutions that we have elected in democracies to protect the freedoms we enjoy,” Satya Nadella told a popular Media Company in an interview. “We were very transparent about that decision and we’ll continue to have that dialogue [with employees].”

The software giant was awarded the contract in November last year to supply “Integrated Visual Augmentation System” prototypes to the U.S. Military. This angered at least a few employees in Microsoft, about 200, who wrote a letter to the company’s leadership, last Friday, to cancel work on the $479 million military contract.

“We did not sign up to develop weapons, and we demand a say in how our work is used,” the letter reads. The letter also said, "While the company has previously licensed the tech to the US military, it has never crossed the line into weapons development. With this contract, it does," according to a copy posted on Twitter.

Microsoft even announced to help employees not willing to work on specific projects to shift to a different part of the business, according to a post written by Brad Smith, the company's president and chief legal officer. In the post that was published last year on Microsoft’s website, Smith also wrote that the company would continue its "longstanding support" for the US Defense Department.